A renewed call to halt deforestation by 2030

Facing the current climate crisis requires all hands on deck, and the New York Declaration on Forests provides a renewed framework for forest action. 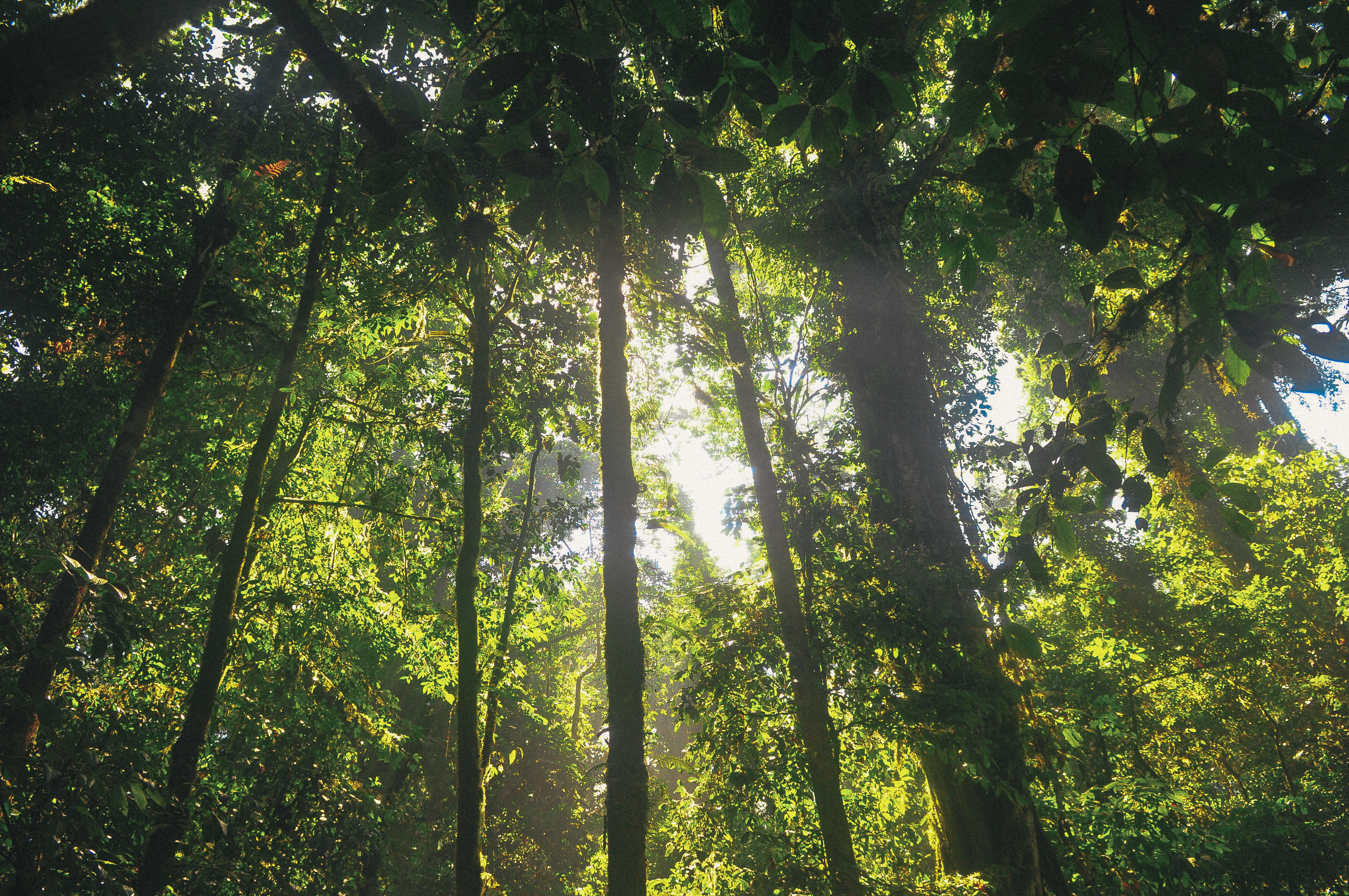 The New York Declaration on Forests (NYDF) aims to tackle the climate and biodiversity crises by halting forest loss, restoring degraded landscapes and protecting the rights of forest communities.

Originally launched in 2014 at the United Nations Secretary-General’s Climate Action Summit, the New York Declaration on Forests (NYDF) brings together governments, companies, Indigenous Peoples and local communities, and nongovernmental organizations committed to forest action to tackle the climate and biodiversity crises. The Declaration sets out 10 goals to stop natural forest loss by 2030, restore 350 million hectares of degraded landscapes and forestlands, improve governance and the rights of forest communities, increase financial flows to forests, and reduce carbon emissions from deforestation and forest degradation.

The slow pace of progress inspired an update to the New York Declaration on Forests goals and accompanying action agenda to enhance accountability and accelerate action to meet the goals. This participatory ‘refresh’ process was informed by endorsers and partners, reflected on progress made toward other forest-related commitments since 2014, and considered new individual and collective commitments from governments, the financial sector, and the private sector. It also emphasized the fundamental role of Indigenous Peoples and local communities as forest stewards.

Several key updates were implemented as a result of this collaborative process, including the importance of preserving forest integrity and tackling forest degradation by protecting intact forests; promoting a systemic and multi-sectoral approach to ending deforestation in economic supply chains; strengthening the recognition of the rights of Indigenous Peoples and local communities and their contribution to forests; and updating language to focus on implementation, particularly for those goals that are considered achieved (Goal 6 on the SDGs and Goal 7 on the Paris Agreement). 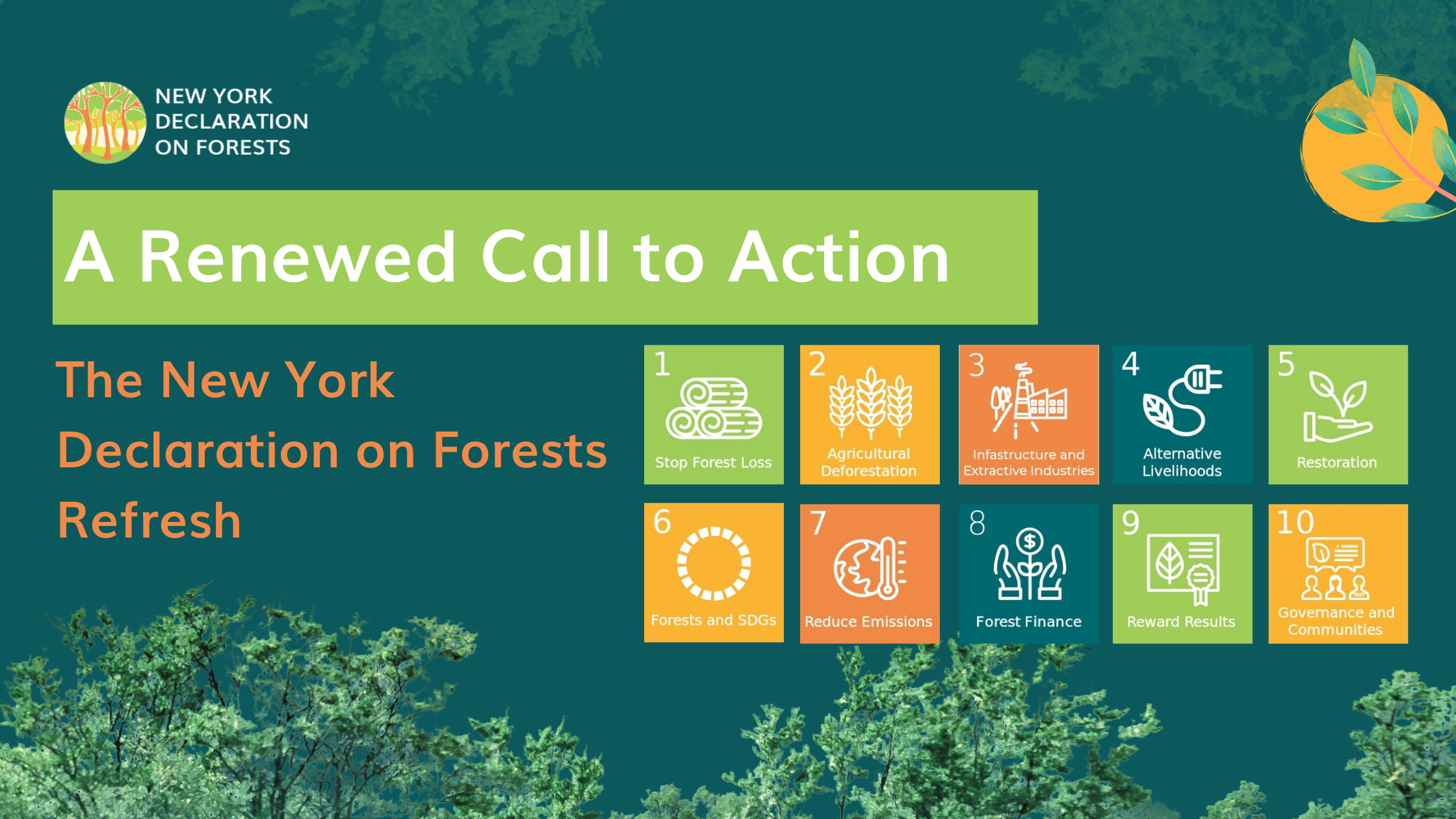 In a move to catalyse action across the globe during COP26 and beyond, Ghana announced its intention to endorse the NYDF, and many of the original endorsers of the Declaration – from CEOs of private companies to representatives of government ministries and civil society – reasserted their commitment to tackle deforestation. An underlying theme and area of focus for NYDF and its endorsers moving forward is to ensure the protection of human rights and to respect and protect Indigenous Peoples as the rightful stewards of forests. Looking ahead, the NYDF has re-opened the call to endorse the Declaration and will focus on supporting implementation by existing and new endorsers from key sectors such as finance, non-agricultural industries, and from countries and jurisdictions that are not already represented in the NYDF.

The refreshed Declaration comes at a pivotal moment, just prior to UNFCCC COP 26, where world leaders will negotiate the rules of the Paris Agreement but also showcase their ambition to meeting the target of limiting warming to 1.5 degrees C. The just-released Glasgow Leaders Declaration on Forests and Land Use is a strong reaffirmation of the existing commitments in NYDF to halt deforestation by 2030. These commitments to action are further backed by the political will behind the campaign to ‘Turn the Tide on Deforestation’ and enabling support of knowledge and technical assistance platforms such as the UN-REDD Programme. The NYDF Platform affirms the need for high ambition and urgent action to turn the tide on deforestation and achieve this target. It offers the ten NYDF goals as a framework to turn these commitments into reality and a multi-stakeholder community to support implementation and accountability.

Ultimately, the updated New York Declaration on Forests makes a call to unite current and future endorsers to prioritize implementation and monitoring of existing commitments to drive collective forest action in this critical decade to confront the climate and biodiversity crises. The NYDF Global Platform calls on companies, governments, non-governmental organizations, and key decision-makers and policymakers to commit to conserve forests and the people that protect them – particularly Indigenous Peoples and local communities - and to make the 10 goals a priority to ensure we can build a sustainable and regenerative world. In the words of Martha Isabela "Pati" Ruiz-Corzo, NYDF endorser from Grupo Ecológico Sierra Gorda IAP, we need to move forward with bold new strategies in the fight against deforestation, rooted in a deep sense of love and respect for the Earth and future generations that follow.