A mere 'cost' or an essential 'investment'? 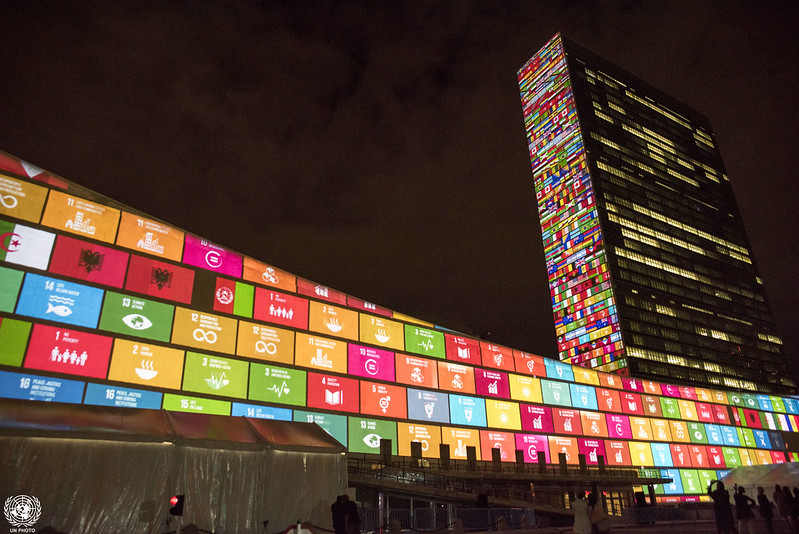 The UN Development System (UNDS) represents one of the key global mechanisms that countries and partners rely on to respond to crises and advance common aspirations such as achieving the Sustainable Development Goals (SDGs). However, there are two competing narratives around it – one that sees funding contribution to the system as a mere ‘cost’, while the other considers it as an essential ‘investment’ in a common line of defence to respond to complex development challenges.

The current funding architecture of the UNDS remains less than desirable. It depends on voluntary contributions for more than three quarters of its total revenue, and approximately half its revenue is provided by just 10 of 193 Member States.

If the UNDS is to deliver on its normative mandates and cross-cutting development solutions that bridge silos of efforts for sustainable development, it needs smarter, flexible and reliable funding support today more than ever. For the international community to mobilize the scale of global response to development challenges, every dollar spent and invested must maximize the capacities, expertise and know-how of the UNDS to engage with key stakeholders in the multilateral development space.

The Funding Compact entered between Member States and the UNDS has put forward a framework for dialogue to positively change funding practice and pattern, including commitments to increase the proportions of flexible and predictable funding. Core, or unrestricted funding represents the most flexible and critical investment for the UNDS. However, so far progress has been slow on many commitments. The share of core funding contribution to the system declined from 19.6 percent in 2019 to 16.2 percent in 2020. Continued decline in core and flexible funding significantly weakens the UN system’s leadership role, including on preventing a reversal of progress on SDG implementation, convening governments to accelerate action on climate change and protecting human rights, including the rights of children, young people and women.

High-quality, flexible non-core funding also offers opportunities and a space for the UNDS to deliver on the intended objectives and mandates for development cooperation. Despite some growth in flexible non-core resources through thematic windows and pooled funds, annual capitalizations of the Joint Fund for the 2030 Agenda and the Peacebuilding Fund are underperforming – the Joint SDG Fund receiving only US$68 million in 2021 against the $290 million target, and the Peacebuilding Fund $191 million against the $500 million target.

Accounting for 37 percent of multilateral ODA in 2019, the UNDS continues to be the largest channel for multilateral ODA. However, it remains the channel with the biggest share of earmarked funding, which in turn forces it to face unpredictable funding patterns. In 2019 the UN received nearly $26 billion in funding, of which 70 percent was earmarked. This highly earmarked project-level funding model also poses a serious limitation to the viability and sustainability of the UNDS. If this model remains unchanged, the reform agenda could fall short, and there’s a real risk that the UN funds and programmes could be reduced to an implementing mechanism for large vertical funds, IFIs and bilateral aid programmes.

The principles and values of multilateralism must be reflected with a strong and predictable core funding, which remains the most effective and mandate-aligned form of investment. In the face of increased pressure on development funding, including ODA, it is critical to rebuild strong political arguments and constituencies around core and flexible funding. Even among those countries traditionally demonstrating strong support, there is increasing scrutiny about the value of multilateralism and core funding. It is important, therefore, to sharpen the political narrative that fully demonstrates the role core funding in enabling a strong multilateral system that can achieve results. Captivating new constituencies and broadening the core supporters base from state and non-state actors using advocacy, visibility and impact stories of core and flexible funding should play a part.

Another reason that makes core funding a smart investment for partners is its ability to leverage additional funding from various sources. In 2020, every single core dollar spent on UNDP’s programmes leveraged 10 dollars in non-core funding. In response to the COVID-19 pandemic, UNDP Niger has re-prioritized $2.5million of core resources and is mobilizing an additional $2.5million for digital e-governance solutions, community engagement and post-COVID recovery in support of the national COVID-19 pandemic plan. Similarly, the early deployment of $1.5million in core funding enabled UNDP to crowd-in close to $92 million in earmarked funding to the Lake Chad Stabilization Facility from partners and support efforts to restore security and bring relief to communities affected by Boko Haram insurgency in Cameroon, Chad, Niger and Nigeria.

Considering the prevailing trend in earmarking of contributions to specific projects and the declining share of core contributions, it will be critical to reconcile the need for scale that earmarked funding brings with the risk that such funding trend poses on strategic focus, operational agility and institutional independence of the UNDS. Without adequate and predictable core funding, it will be difficult to maintain high quality standards and operational excellence that are key to attract and implement earmarked resources.

Although the voluntary nature of the Funding Compact commitments enabled some positive changes, it has not necessarily ensured reciprocity between the UNDS fulfilling their commitment and positive change in the funding practice of Member States. There remains work to be done to deepen the reform gains at the system and country-team levels, while also incentivizing Member States to reciprocate the progress achieved by the UNDS.

Furthermore, there is a need for a renewed effort to rally Member States, UNDS, partners and supporters to build a collective force to further enhance the visibility and relevance of the system’s results and impact. The UNDS should solidify joint and common positions, advocacy and communications strategies to showcase to external partners the true return on their investment in the difference it is making in the lives of people and countries its serves.