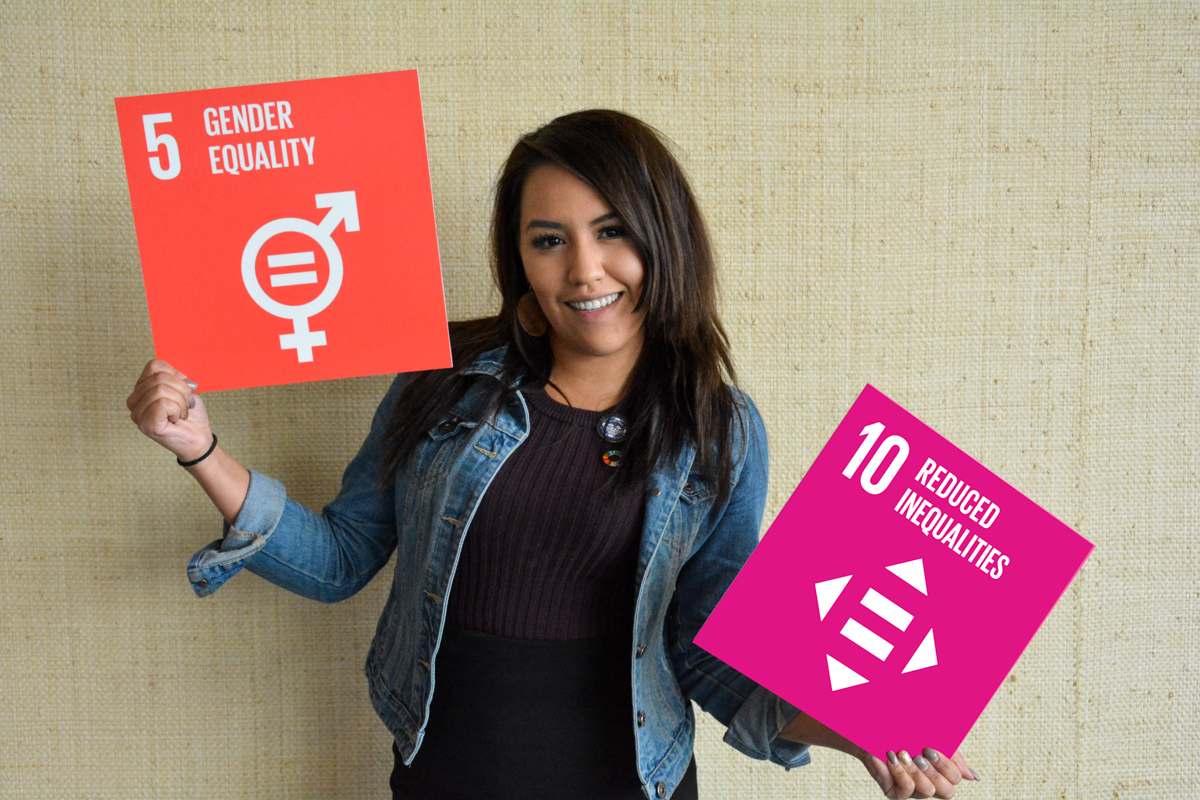 Consultant on Gender and Climate Change in the NDC Process, UNDP

In Lebanon, despite near equal access to education, only 23.5 percent of women are part of the labour force, compared to 70.9 percent of men. In Bhutan, women’s unpaid household work equals to 10-16 percent of GDP. And in Kenya, only 10 percent of agricultural credit goes to women, resulting in yield gaps of up to 20-30 percent between men and women-managed agricultural enterprises.

Examples like this show us that the world is far from achieving gender equality. Such disparities also explain why climate change does not affect all people in the same way.

Men and women, households, and communities face different effects based on their level of vulnerability, preparation, and resilience to climate hazards. One’s livelihood, socioeconomic status, geographic location, religion, and gender can all affect their vulnerability to climate change. It is paramount that countries understand these impacts from a gender-responsive perspective that considers women’s roles, responsibilities, and capacities.

That’s why, under the NDC Support Programme, UNDP has been working closely with countries to undertake gender analyses. These analyses can improve our understanding of the differentiated gender impacts of climate change, identify key gender and climate actors, assess gender and climate policy and strategies at national and sectoral levels, and support gender mainstreaming through their Nationally Determined Contributions. Such analyses can provide a foundation for countries to explore gender dimensions in national and sectoral climate action, while also identifying gaps and opportunities in institutional governance structures, planning frameworks, and policy priorities.

So far we have supported gender analyses and their corresponding summaries in Ghana, Trinidad and Tobago, Kenya, Uganda, Lebanon, and Bhutan. Forthcoming summaries are expected from Chile, Ecuador, Zambia, Colombia, and the Philippines in 2021.

1. They help us to understand gender different impacts of climate change. Across many countries, women depend on natural resources for both reproductive and productive activities, underscoring their vulnerability in the face of increased climatic uncertainty. This central role to caregiving influences women’s ability to access opportunities, and often making them more likely to take up informal work. In Trinidad and Tobago, only 51 percent of women participate in the formal labor market, while 73.7 percent of men do. Those women that work in the formal labour market generally earn less than men.

Such nuances are important to understand when developing climate strategies because climate action that targets job creation can also address the constraints women face in obtaining formal employment and in closing the gender wage gap.

2. They help identify key actors and capacities in a country. To effectively implement climate action will not only require inter-ministerial coordination but also well-capacitated institutions that are proficient in the gendered dimensions of climate change. When we map relevant actors, we can pinpoint to coordinating gaps as well as opportunities, which can strengthen governance mechanisms and ultimately support gender-responsive climate action.

In Kenya, our analysis found that even though the government has committed to mainstreaming climate change and gender across its institutions, weak coordination, harmonization and networking poses challenges to mainstreaming at the national and county levels. In doing so, gender analyses can provide recommendations for building capacity of government actors, especially at sub-national levels, and for creating a gender and climate change coordination platform, to improve implementation of gender-responsive climate action.

3. They help to assess policies and strategies. For gender responsive climate action to be sustainable, you also need supportive policies and strategies. A Gender Analysis can show us which policies and related implementation strategies are supportive and inclusive to gender transformational change and which ones are not. In Lebanon, the National Council for Lebanese Women (NCLW) worked closely with UNDP to execute their Gender Analysis. In doing so, the analysis illustrated that while the National Strategy for Women (2011-2021), NCLW’s roadmap to promote gender equality in Lebanon, referenced climate change, the NCLW’s Action Plan did not. A result of the gender analysis will now see the NCLW integrate climate change into their work, elevating it from strategy to reality.

4. They can help achieve gender mainstreaming. Gender Analyses set the scene for gender mainstreaming, especially across sectors that may not be traditionally associated with women, such as waste, transport, and energy. In Ghana, the gender analysis resulted in a national gender action plan and gender mainstreaming toolkit for use by sectors. In Lebanon, the Gender Analysis process influenced the creation of mainstreaming guidance to integrate gender-sensitive climate action at the sectoral level. In Bhutan, the analysis revealed a gap in sex-disaggregated data. Systematic collection of such data will be crucial to support gender mainstreaming in climate mitigation and adaptation efforts. And in Uganda, the gender analysis highlighted the importance of integrating actions from the country’s Climate and Gender Action Plan into national, sector, and District Local Government plans and budgets.

Gender Analyses are a powerful tool in understanding the gender dimensions of climate action. The components of a Gender Analysis not only assess where a country stands in relation to the gender and climate change nexus, but they also provide ample entry points to address gaps and to seize opportunities to strengthen gender-responsive climate action.

Countries that undertake gender analysis have a greater integration of gender into NDC revisions, NDC implementation plans and sector mainstreaming. This represents a concrete step forward on the path towards achieving gender equality.

Editor’s note: UNDP’s NDC Support Programme is funded by the European Union and the governments of Germany and Spain as a contribution to the NDC Partnership.