Growing up on an island, Kim Allen is acutely aware of climate change.

“I can see vividly what coastal erosion can do,” he says. “It’s the displacement of communities.”

Kim grew up on Tubetube Island, part of the Engineer Islands, located off the southeast coast of Papua New Guinea. Leaving his home at the age of 12 for educational pursuits, he returned several years later to find that the coastline from his childhood had washed away. 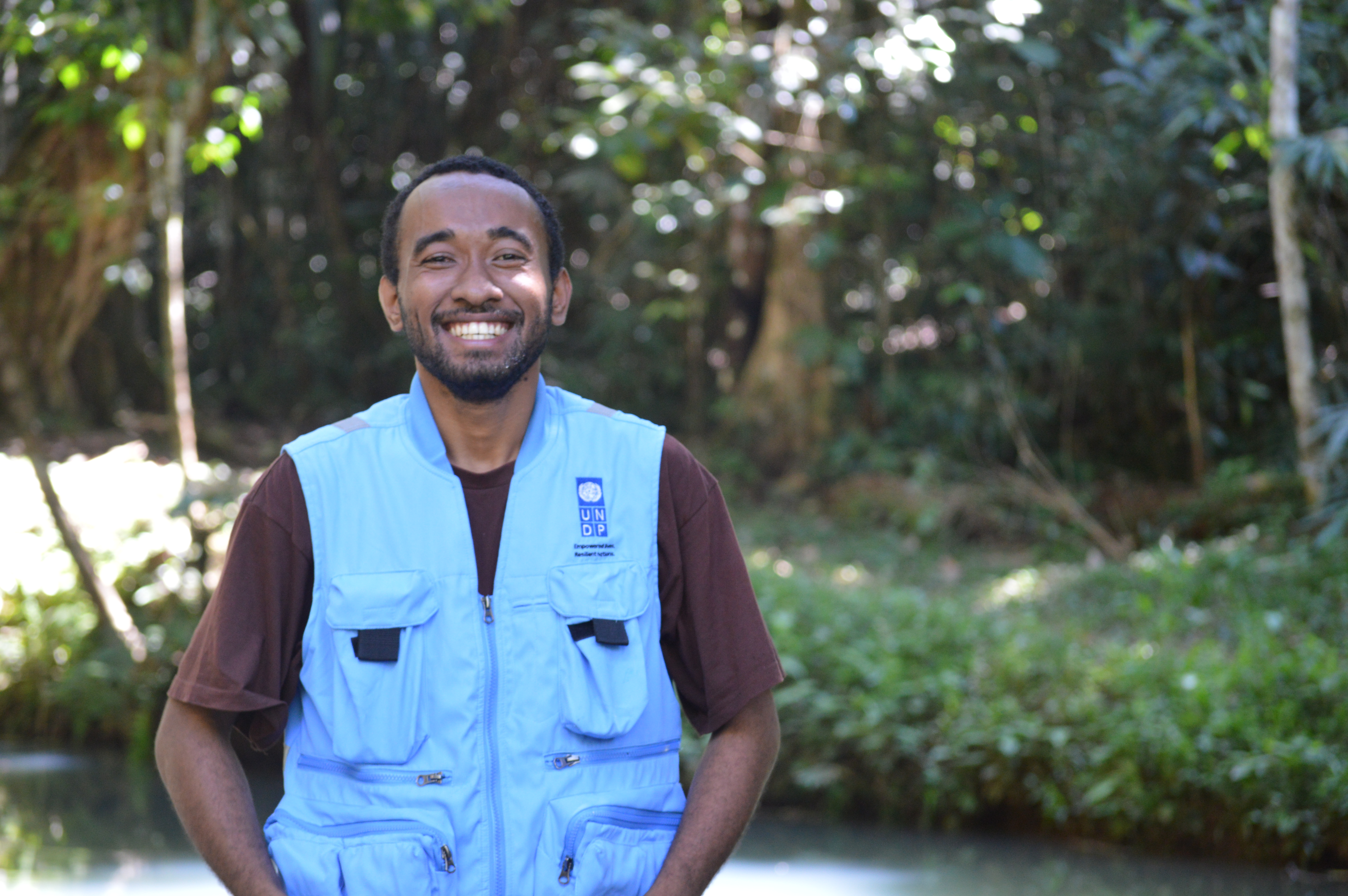 Giving the example of food insecurity, Allen points to changing weather patterns and rising salinity as causing hunger in Papua New Guinea. People used to know how to predict when it would be rainy, or sunny, or when to harvest, but “now it’s unpredictable,” he says.

“Youth have the potential and the power,” he explains, as he talks about tapping into the potential of the country’s youth to help solve Papua New Guinea’s most pressing issues.

His work with UNDP and USAID has included educating young people about climate change and conservation, including school awareness projects on tree planting and coastal cleanups which reached around 5,000 students.

In 2019, Kim was one of two Papua New Guinean youth representatives to travel to New York City to participate in youth and policy discussions at the United Nations Economic and Social Council (ECOSOC) Youth Forum. Also, part of a youth delegation in Fiji, Kim attended the Regional Young Leaders Dialogue on Good Governance and Human Rights, with discussions about the issues Pacific-islander youth face, including climate change.

In addition to his advocacy work, Kim looks to the people of Papua New Guinea, especially the youth, as a source of hope for combating climate change.

One such example comes from coastal regions, which are dependent on the ocean for food and livelihoods. Community-led mechanisms manage overfishing by rotating where and when fishing can take place. Marine biodiversity is maintained by allowing fish and other marine stocks to replenish.

“We have internal solutions” he says, while observing that leaders often fail to see the potential found in Papua New Guinea itself, including young people. “Papua New Guinea is labelled as a developing country, but we contribute immensely to the reduction of greenhouse gas emissions.”

While communities and young people are mobilizing to develop solutions, Kim explains that their perspectives often fail to reach national-level policy conversations. “We need the political will to elevate their voices,” he notes.

Additionally, Kim calls for more education and awareness so that young people understand climate change and climate policy, including the translation of policy into practical actions.

Transforming Papua New Guinea into a Force of Nature