Karachi: home to over 16.5 million residents.

The largest city in Pakistan has rapidly grown over the decades. Along with the influx of opportunities, this cosmopolitan city has also given space for extremism and sectarian violence to grow, putting the bulge of young residents at risk to get recruited by extremist actors and organizations.

After consulting government partners, civil society and community members, we co-created an initiative to disengage and rehabilitate vulnerable and at-risk youth—including women—in Karachi.

There are many complex layers to radicalization and violent extremism. Our project’s first need was to get psychologists on board. The psychologists then helped in forming Integrated support groups which were led by influential members of the at-risk community. Along with the psychologists, these groups not only acted as units in the support eco-system, but also helped in identifying at risk youth and families.

But merely identification was not enough, we also needed to build trust with the community. A subject as sensitive as extremism and ideology cannot be discussed lightly and openly. Initially, the communities refused our support, discrediting the initiative as a ‘foreign mandate’. We navigated through tough waters, but stayed in continuous contact, and reiterated our message through the community influentials.

Finally, we were able to build a rapport with the at-risk community and started including them in our interventions. As a first step, our psychologists would perform a standard psychometric analysis. This would include violent extremism risk assessments, and other relevant psychological tools. After the analysis, the beneficiaries started getting regular therapy and counselling sessions.

There have been numerous success stories due to this approach. We had one beneficiary, Sara (a pseudonym), whose father was a member of the Taliban and had blown himself in a suicide bomb blast in Swat. The family followed his ideology. Sara scored the highest on our violent extremism psychometric assessment. She was extremely radicalized and was waiting for the opportunity to “do her duty”. It was difficult to bring her towards a neutral ideology, but through continuous counselling and therapy, it became possible. 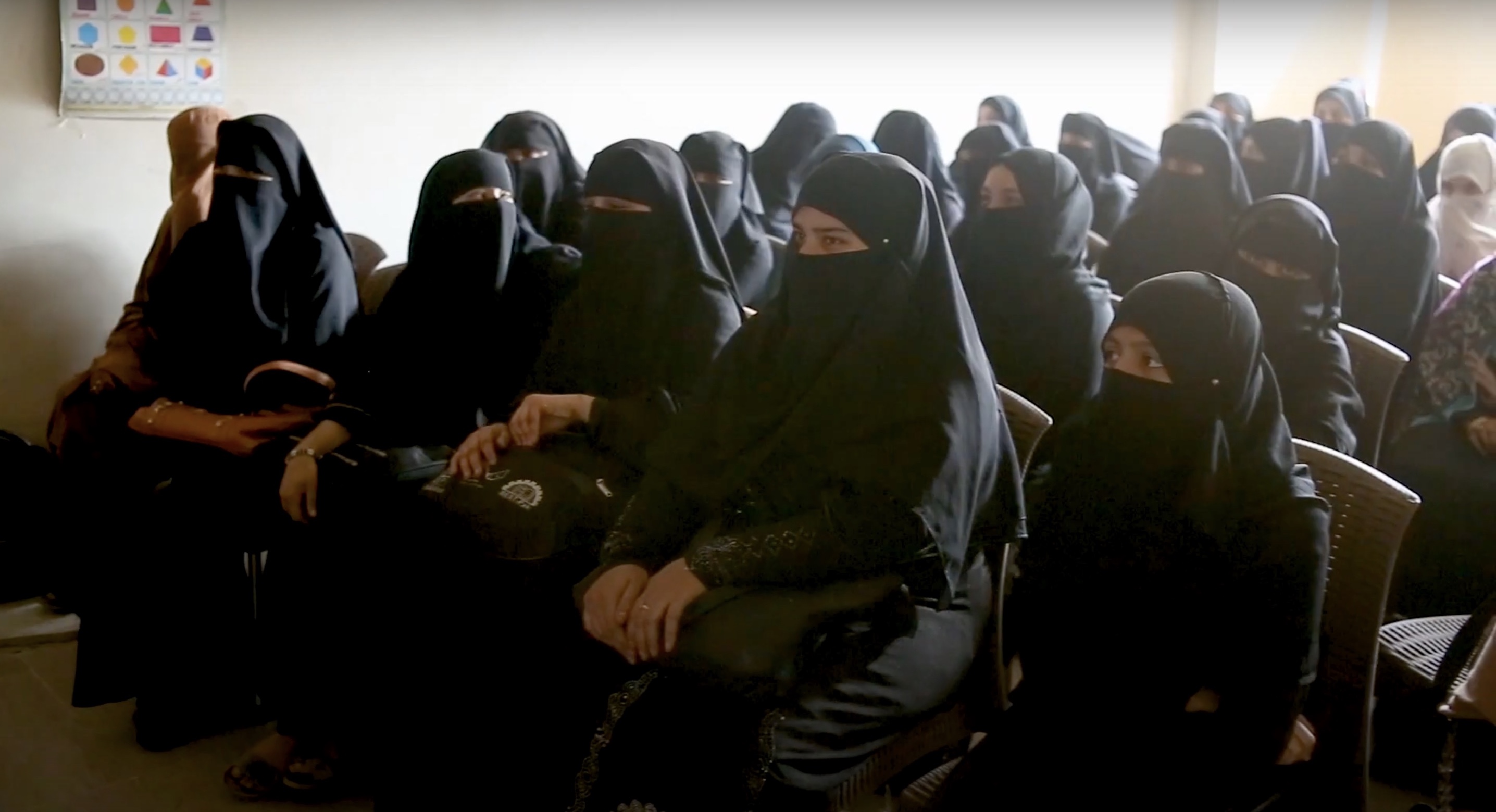 Though this project got completed in 2019, but our implementing partner is still in touch with the beneficiaries because there is always a chance of a relapse. Impact analysis of this project showed that the intervention was successful in bringing a positive behaviour change in our young beneficiaries’ lives.

UNDP remains committed to providing young men and women opportunities to live respectable and constructive lives and contribute to making their communities peaceful and prosperous.

Supported by Federal Republic of Germany UNDP’s Local Level Disengagement & Rehabilitation Project Karachi completed in 2019. Together with our partners, local Government and other stakeholders, we successfully implemented this project for at risk youth, both men and women, in District West, Karachi.