What began to strengthen Rule of Law in seven districts of Malakand Division of Khyber Pakhtunkhwa in 2011, has over the years expanded its geographical outreach to the entire Khyber Pakhtunkhwa (KP), Newly Merged Districts (NMDs), Gilgit Baltistan, Balochistan and the Federal Capital.

UNDP’s Strengthening Rule of Law Programme supports both supply and demand sides of the rule of law, justice, and security sector by strengthening institutional capacity, citizen rights, and by deepening the ongoing efforts to secure peace and stability. 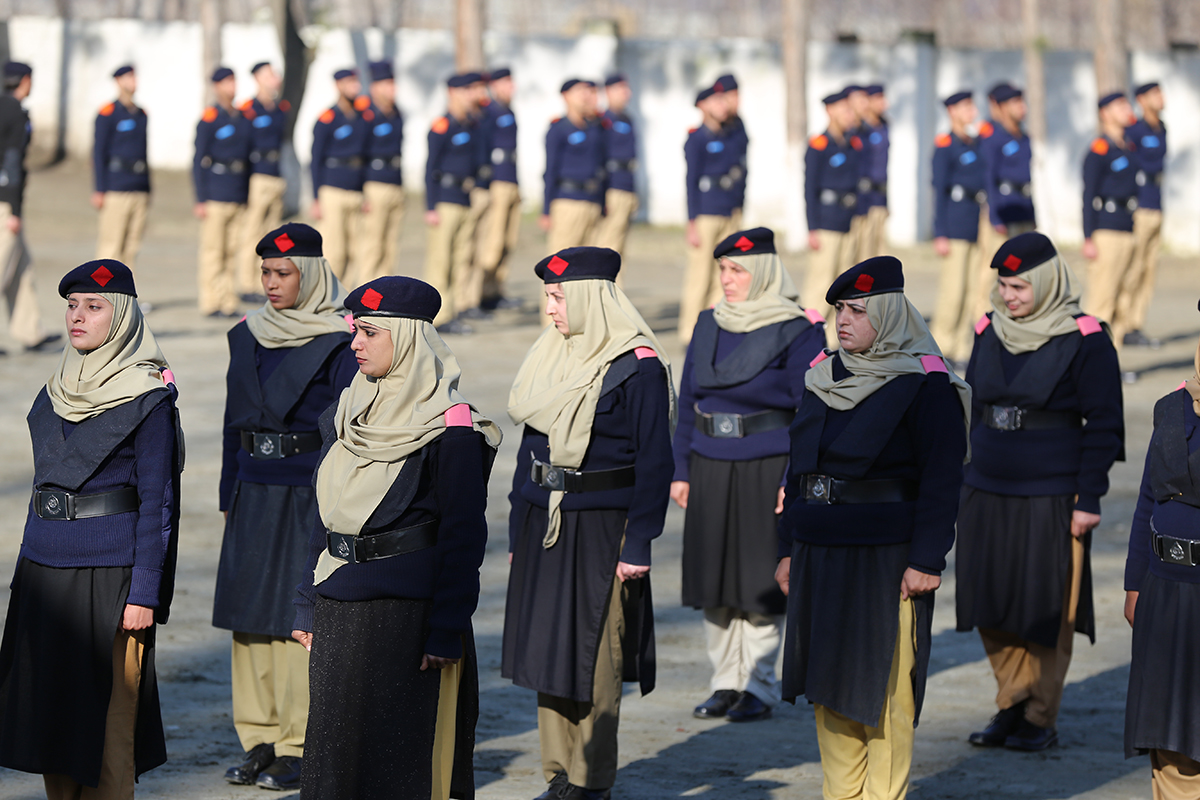 Over the years, the Programme has increased access to justice by providing legal assistance in the form of facilitation, consultations, referrals, and legal aid in courts by providing representation to more than 26,000 persons including 52% women. The Programme has also worked on increasing legal awareness by hosting more than 4,000 legal awareness sessions in KP and NMDs. Till date, 200,000 individuals including 47% women have attended these sessions.

Gender-responsive infrastructure has been one of the Programme’s key focus areas since its inception. Women responsive desks have been established at 68 model police stations in KP. These desks have a designated women officer who makes it comfortable and easy for women from the community to come and report violations. UNDP has also trained officers at these desks on how to deal with complaints and how to offer comfort to women when they come to report violations, which eventually builds society’s trust in police and law enforcement. In some communities, the impact of these desks is huge. For instance, in Chitral there was a high suicide rate because women would prefer to drown themselves rather than file a complaint and try to solve their issues. Ever since these desks became operational, over 100 cases were successfully solved within the first three months and the suicide rate in Chitral went significantly lower.

Construction of women hostels and day care facilities at multiple institutions and dedicated barracks for women staff are some of the many ways the Programme ensures gender remains a cross cutting theme through all its interventions. 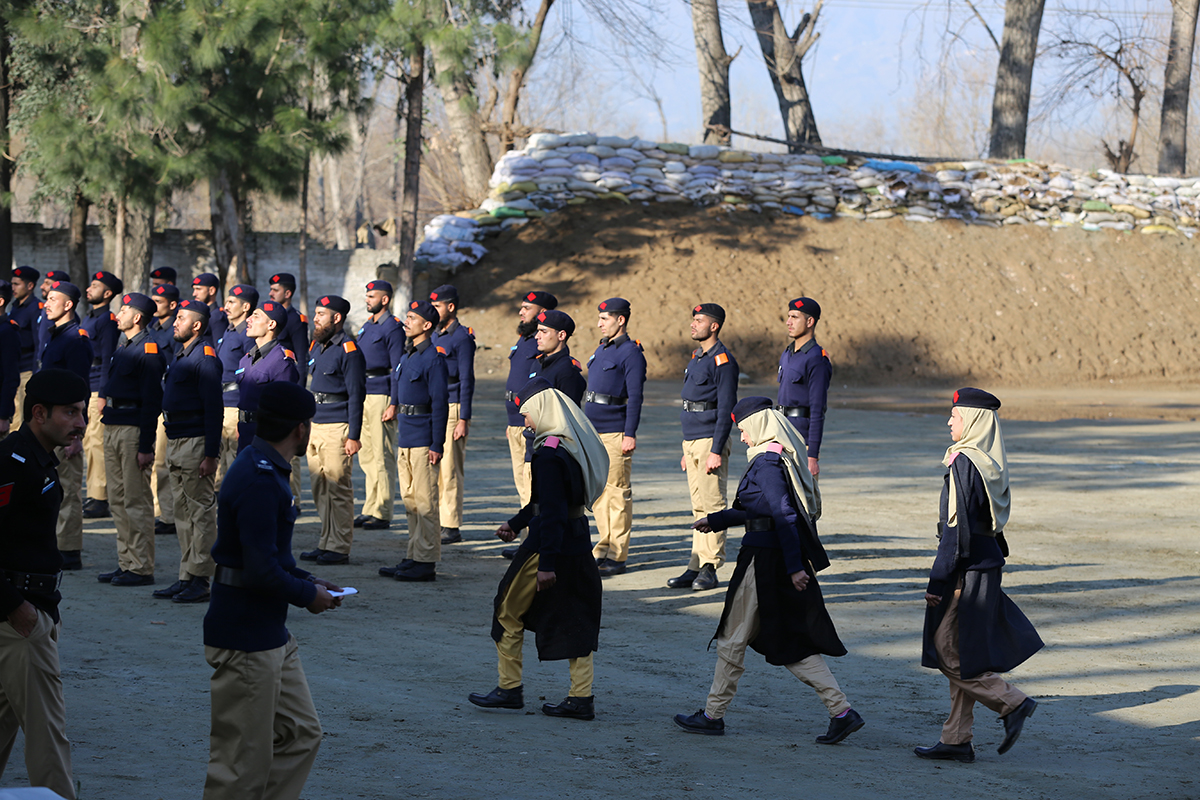 Over the years, the Programme has provided infrastructural support to various institutions. One of the most remarkable achievements of the Programme is the construction of the Joint Police Training Centre Nowshera, a state-of-the-art training institute for police staff. JPTC caters to the needs of the women personnel in Pakistan’s police force. Designed keeping in mind that basic women dormitories are not enough for officers who are also mothers, the facility offers not only hostels but residences where young children and small families can be accommodated during the trainings for support. The Police Training Center in Quetta and the KP Prosecution Academy are two other projects near completion that will further build capacity of rule of law, justice, and security sector professionals.

The Programme’s longevity and success lies in finding innovative and sustainable solutions to challenges faced by the rule of law, justice, and security sector. One of the greatest innovations of the Programme is the collaboration with Peshawar High Court to introduce virtual courts in KP and the NMDs. The Peshawar High Court reported a high number of pending cases amid the pandemic due to lockdowns and social distancing. Virtual courts help lower that number by offering speedy trial of services. Issues related to travel length and limited physical capacity of courts will also be resolved due to this facility.

Building on these and many other achievements over the past decade with the support of Government of Khyber Pakhtunkhwa, the Bureau of International Narcotics and Law Enforcement Affairs, United States Agency for International Development, Government of Japan, new interventions focusing on promoting the rule of law and enhancing the criminal justice system will be made possible with the support of the European Union.

Jointly implemented by United Nations Development Programme (UNDP), United Nations Entity for Gender Equality and the Empowerment of Women (UN Women) and United Nations Office on Drugs and Crime (UNODC), the EUR20 million programme, spanning from 2021 to 2025, focuses on delivery of people-centered justice, enhance access to justice for all, particularly women and less privileged/marginalized groups; and improving service delivery of the security sector in line with constitutional safeguards and international standards. 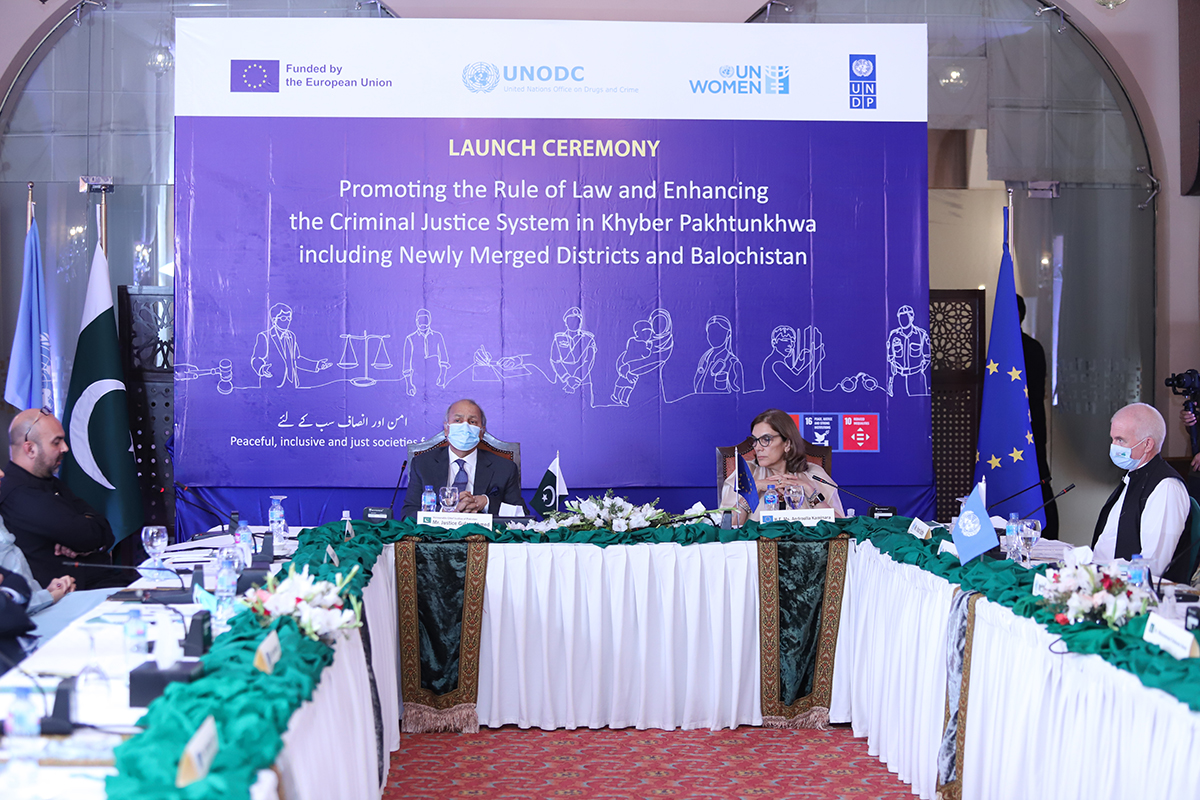 Collaborative efforts often reap great benefits and it is hoped that this collaboration between EU and UN agencies will help progress on the path to stronger Rule of Law in Pakistan.

Hafsah is the communications and reporting focal point for UNDP Pakistan’s Strengthening Rule of Law (Amn-o-Insaf) Programme. With over a decade of journalism experience, she has also worked at Cultural Vistas, World Learning, USAID, M&C Saatchi, and Express Tribune, an international partner of the New York Times. She is passionate about storytelling, travel, arts, culture, and learning.

In 2021, UNDP continued its long-standing partnership with Pakistan to achieve its development goals and to ensure that no one is left behind. At the request...

Navigating the ecosystem: stories of Pakistani women in tech

More and more women need to occupy tech-spaces so they can be part of designing an inclusive future. To achieve this, it is essential that women are equipped with...

The Federal Steering Committee (FSC) of the ‘Deliver Justice’ programme was held today at the Economic Affairs Division (EAD), where key federal and provincial go...