Read how UNDP is rebuilding thousands of homes destroyed by ISIL across Iraq.

The battle to liberate Iraq from ISIL forced over 6 million people to flee, leaving their homes and lives behind. Many suffered widespread destruction and displacement due to years of instability.

Since liberation, Iraq has been steadily progressing towards recovery. UNDP works closely with the Government of Iraq and the international community to reconstruct roads, reopen markets, restart water and electricity, and rebuild housing, health centres and schools. With over 4.9 million Iraqis having returned home safely and with dignity, there is hope for the future. 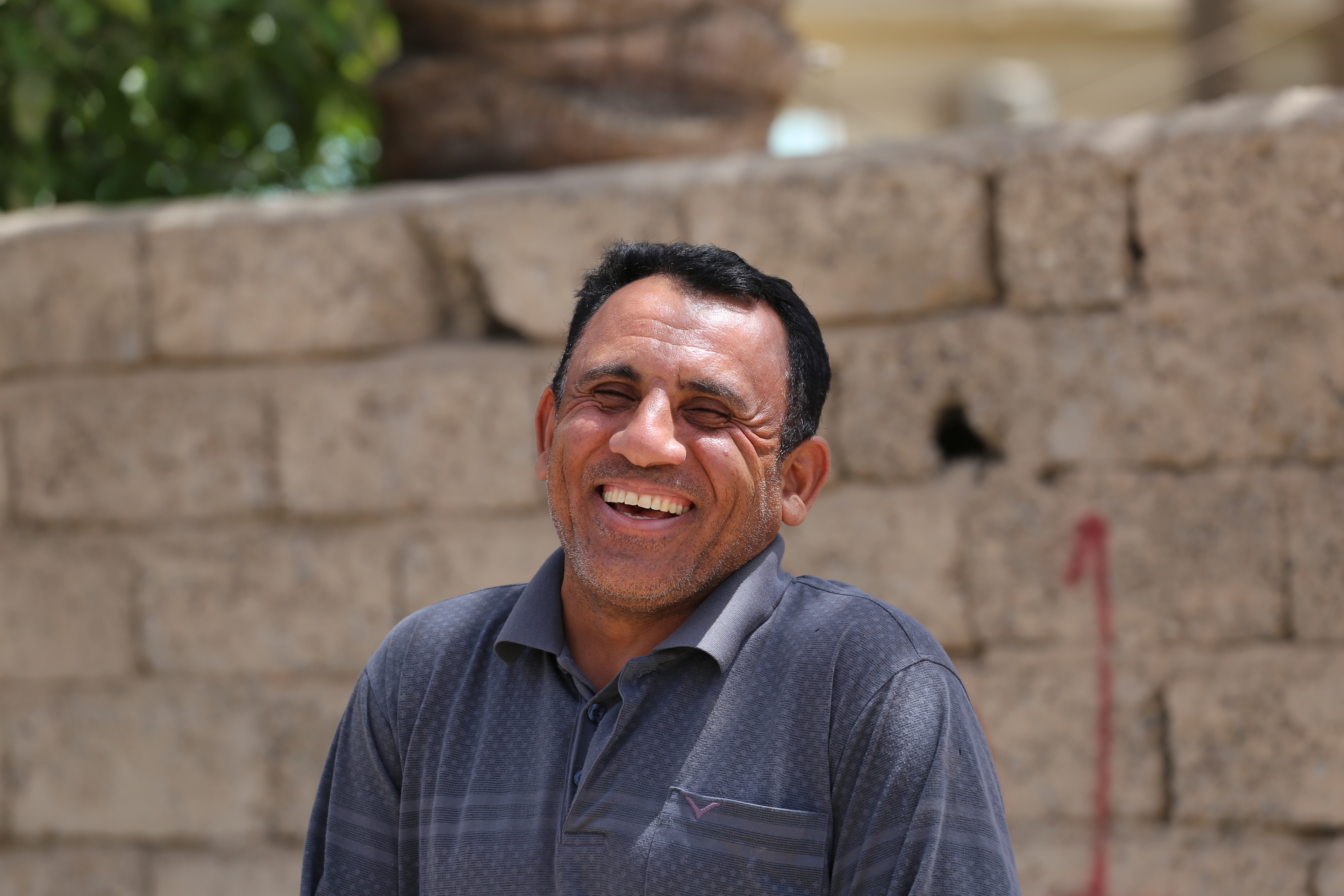 Walid is all smiles after his house was rehabilitated. Photo: UNDP Iraq

For instance, 44-year-old Walid Yaqoub Abbas from al-Muqdadiya in Diyala lives with his wife and two children. "For years, my family and I suffered a lot. We ran for our lives to protect ourselves from ISIL." They fled for safety to the Kolajo sub-district in Diyala. "After liberation, we returned home to absolute destruction. ISIL turned our ancestorial home into rubble. I was heartbroken," he recalls.

At this point, Waleed moved his family to a rental home until he found a way to rehabilitate his house. "The war forced us to use our savings. To top it off, I have not been able to find a job since I returned." He is a graduate of Mosul University. Unable to find work, he was forced to rely on extended family and loans to make ends meet.

Waleed is happy today. UNDP restored his home, allowing his family to return home safely. "Coming home makes a huge difference to my family and me. I hope to get a job, clear my debts, and return to life as we knew it." 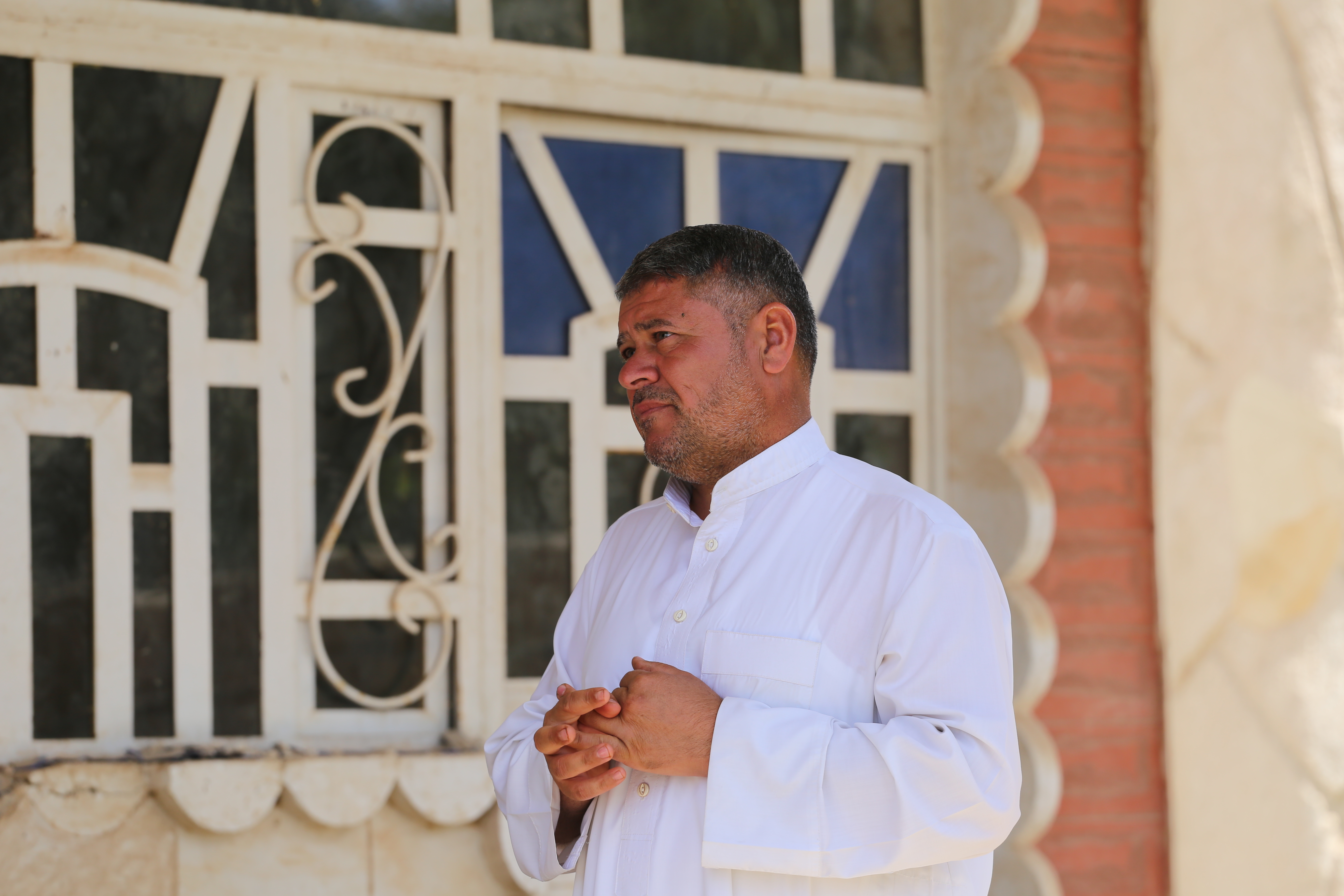 Just down the street from Waleed, 45-year-old Amer Shoker Hamodi lives with his elder brother's family. They have faced their share of difficulties. "All the people who left their houses behind lost their entire lives overnight. We left without having anything," he says. They stayed put during the liberation until the shelling reached a point where they feared being attacked. "One night, we decided to leave everything behind and move to the central Qara-taba district in Diyala."

Having escaped safely, Amer returned home two years ago to destruction. “My friends, family, and everyone I had ever met had lost a family member, their livelihoods, or their homes. The destruction pushed the development in our region behind by years. We did not have access to clean water, electricity, and health care services. To top it, ISIL burnt our farms and killed our livestock, which affected our main source of livelihood," he says. 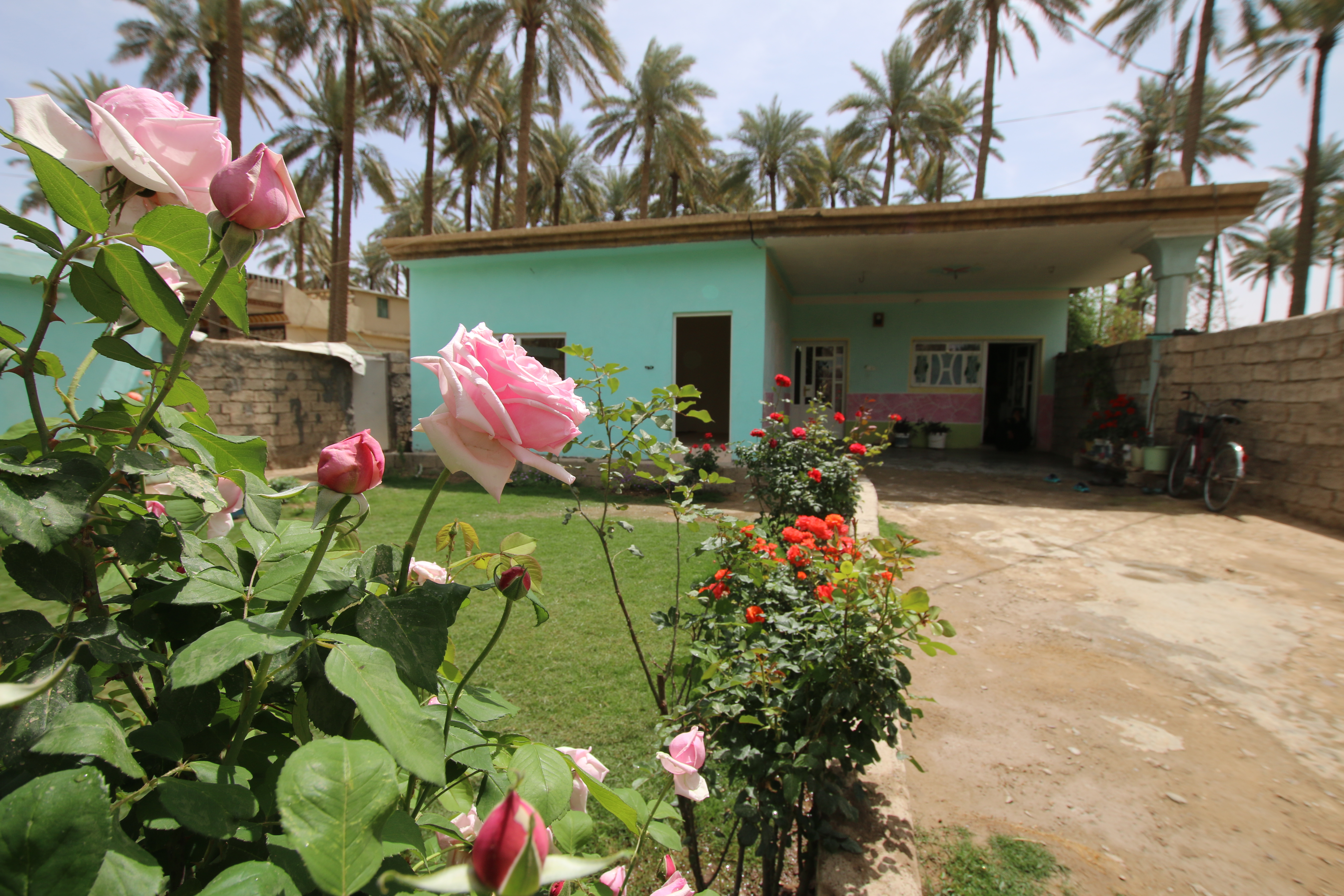 Enter Amer's house today, and it is a different story. You will be welcomed by a lush green garden and a newly rehabilitated home. "Now, I am saving up money to replace all the furniture. If I were to do this at my own expense, I would not have been able to restore it for years as I do not have any more savings." He is channelling all his finances towards bringing back his once booming farmland. "I am hopeful that we can overcome these years of trauma and loss," he says while looking out into his garden. 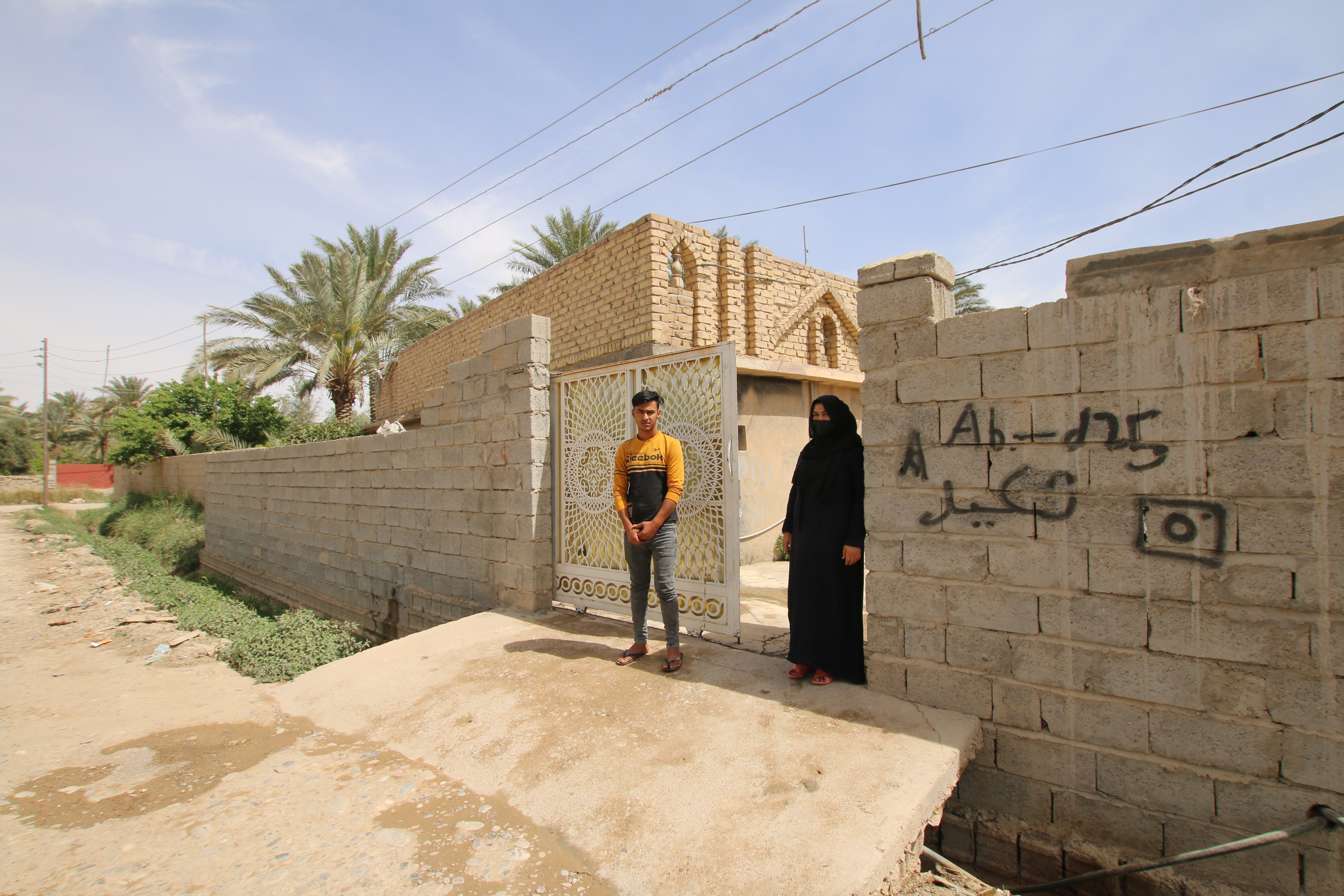 Salima and her son at the entrance to their home. Photo: UNDP Iraq

In the neighbouring street, 50-year-old Salima Awad Zabala returned after liberation, despite her house's damage. She lives with her sister, who also lost her husband during the war. The single mother of one son and two daughters is the primary breadwinner for the family. "It was during displacement that I started to work as a seamstress. I wanted to return home and start a tailoring business. I knew this was the only way to recover the losses and save enough funds to rehabilitate our house." 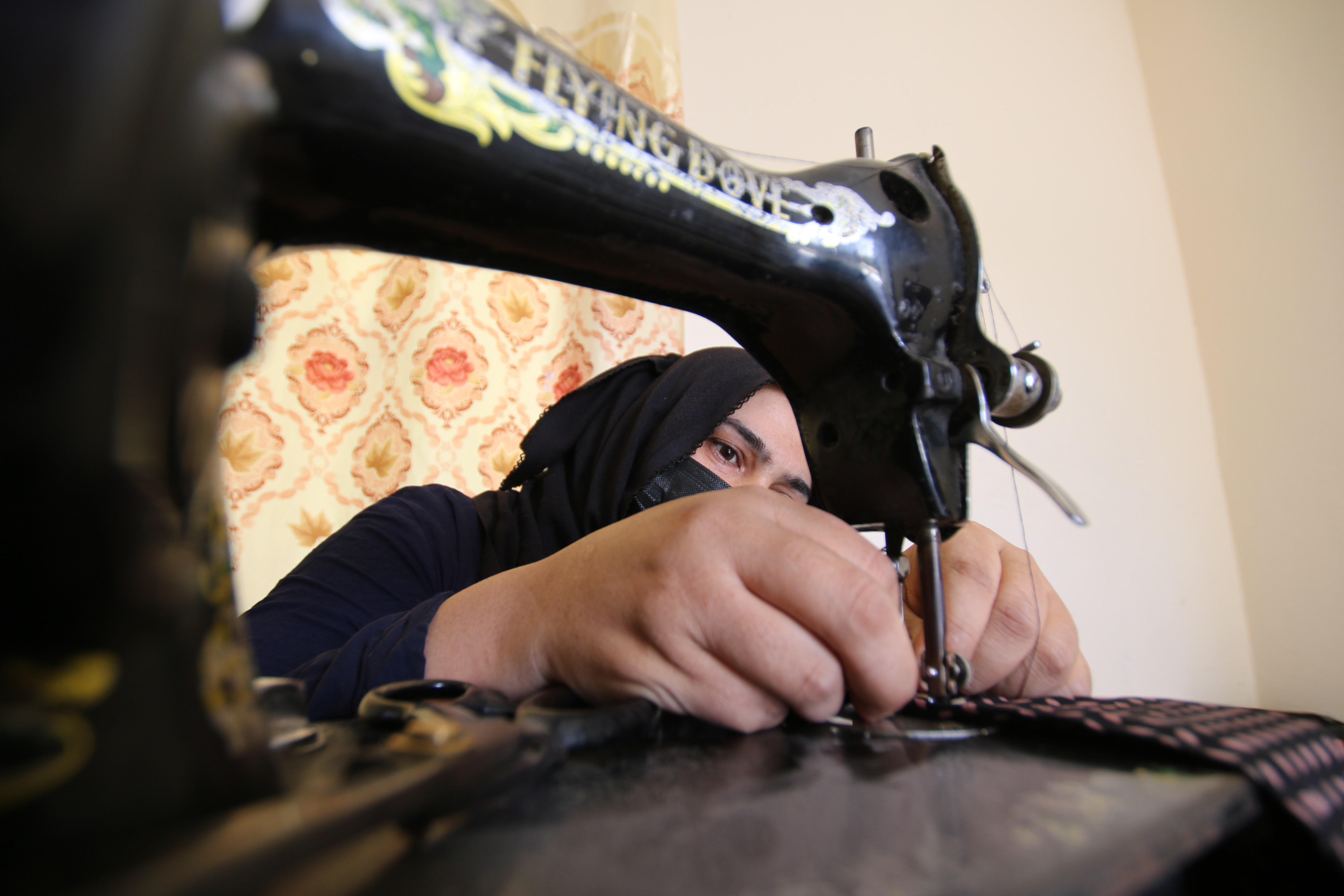 Salima runs a tailoring unit out of her home. Photo: UNDP Iraq

Salima began making repairs to her house while also running her tailoring unit. "I am proud to see how far we have come. My daughters are learning to stand on their own two feet by seeing me work hard." 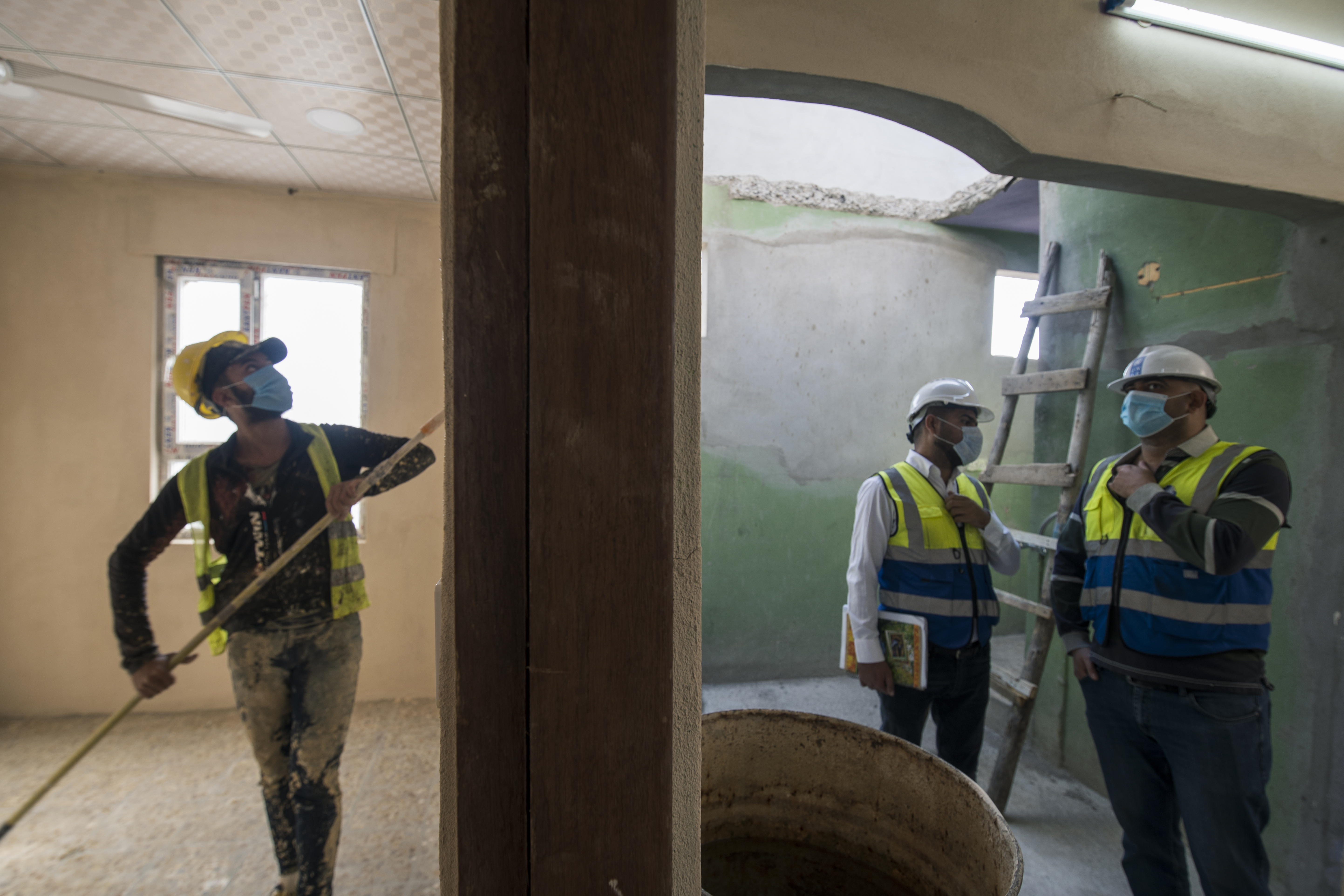 Meanwhile, in the historic city of Mosul, UNDP has completed the rehabilitation of over 12,000 houses. This includes 55-year-old Samia Ibrahim Aswad's home in the Old City. Unfortunately, she lost her husband during the conflict. "As we were fleeing Mosul by foot, my husband was hit by the impact of an airstrike. After a few days of fighting for his life, he passed away," she says. 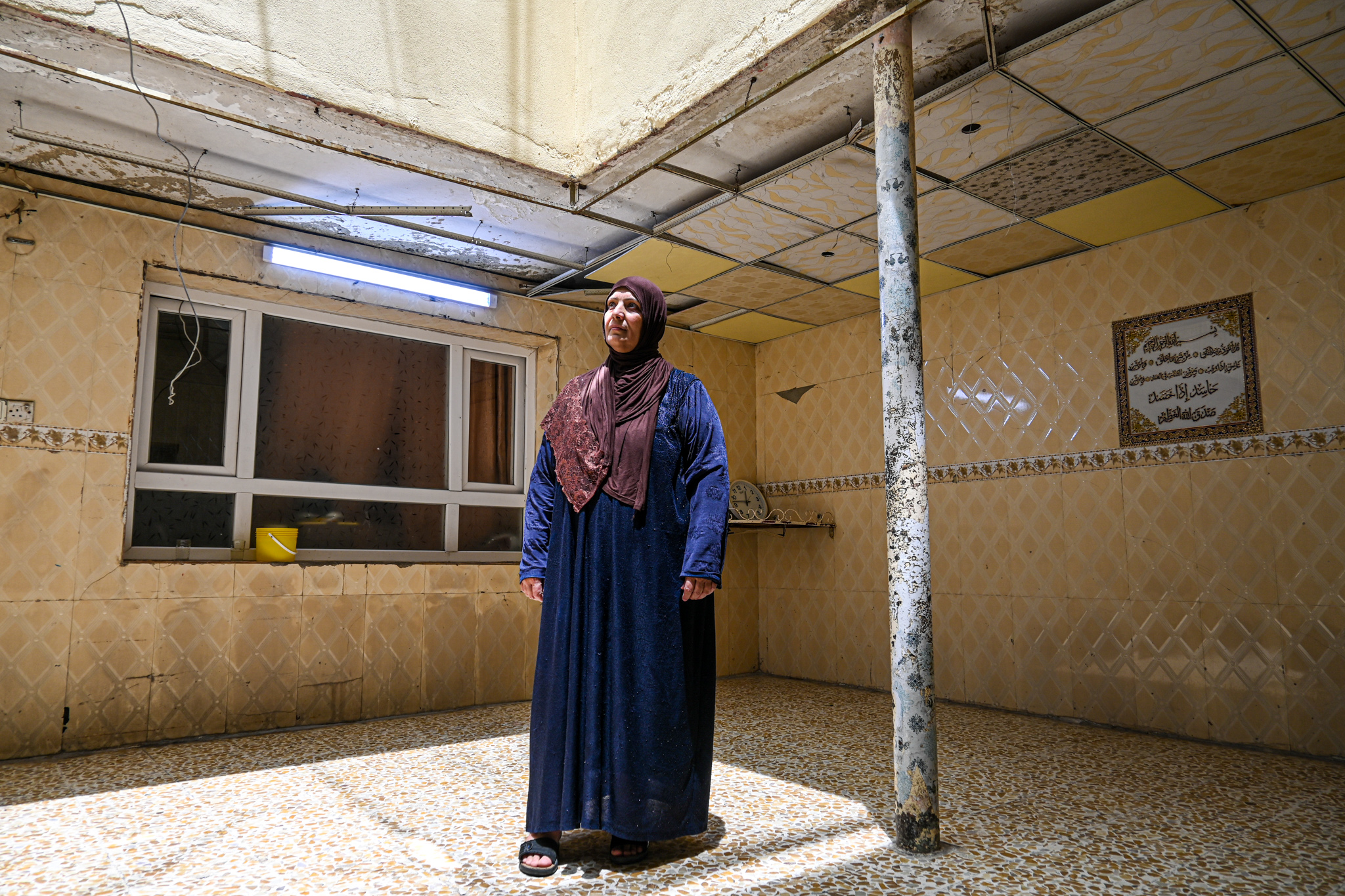 Samia is happy to be back home. Photo: UNDP Iraq

They fled their home in the Old City as soon as the fight to liberate Mosul began and spent over one year moving between rental homes. "Our house is almost 100 years old and has been passed down four generations. When we returned to the destruction, it felt like I had not just lost my husband but also a huge part of our family history," says Samia. She lives in a busy household with her eight daughters, three sons, and their spouses and children. Her two-storey house with seven rooms was rebuilt, allowing them to return to the al-Ahmadya neighbourhood of the Old City.

While their stories indicate that stability has been steadily returning, needs remain. With 1.1 million people still displaced, many villages are yet to see those displaced return. Those who have returned face challenges due to limited livelihood opportunities and high social, political and security tensions. 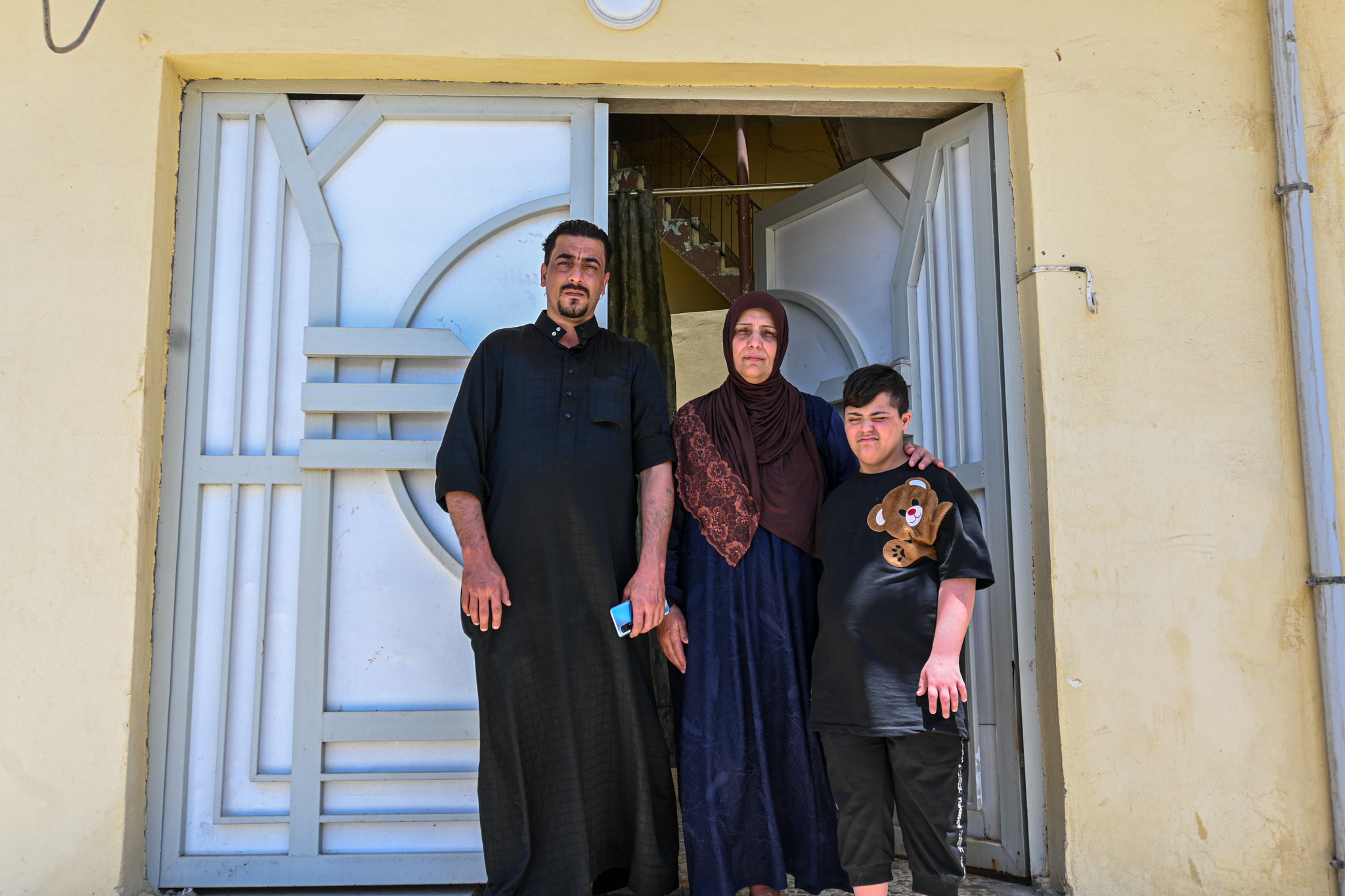 Samia with her sons at the entrance to their home. Photo: UNDP Iraq

Supporting the people of Iraq to build forward better, UNDP continues to have its boots on the ground and deliver. Around 35,200 houses have been rehabilitated to date, impacting millions of lives.

As Samia says, "Iraqis are resilient people. We have been able to return home and rebuild our lives. And you can see it around you. Life has begun to return. Seeing my grandchildren running around the house gives me hope that the future is bright."

The projects are implemented by UNDP's Funding Facility for Stabilization and Building Resilience through Employment Promotion. Samia, Salima, Amer and Walid’s house were rehabilitated thanks to funding from the German Federal Ministry for Economic Cooperation and Development (BMZ), provided through KFW Development Bank.