Ninewa, 30 June 2022 – Thirteen law enforcement facilities across Ninewa that were damaged during the ISIL conflict have been officially opened by the United Nations Development Programme (UNDP), the Government of the Kingdom of the Netherlands and the Ninewa Governorate.

The thirteen law enforcement facilities include ten police stations and three national security buildings across Ninewa. The spacious and purpose-built facilities have the capacity to serve around 420,000 citizens. The facilities were rehabilitated through UNDP's Funding Facility for Stabilization with generous support from the Netherlands.

In addition, through the Netherlands' support, UNDP will complete the rehabilitation of three court houses, two national security buildings, fourteen police stations and eleven police directorate offices by the end of this year, taking the total number of law enforcement facilities supported by the Netherlands in Ninewa, Kirkuk and Salah Al Din to forty-four. This also complements UNDP's ongoing security sector reform initiatives, including training for law enforcement and police officers across Iraq that focuses on improving the effectiveness of local police, basic leadership, and criminal investigation. Since 2018, around 1,160 officers (94 women officers) have been trained across fifteen governorates, of which 112 are from Ninewa. 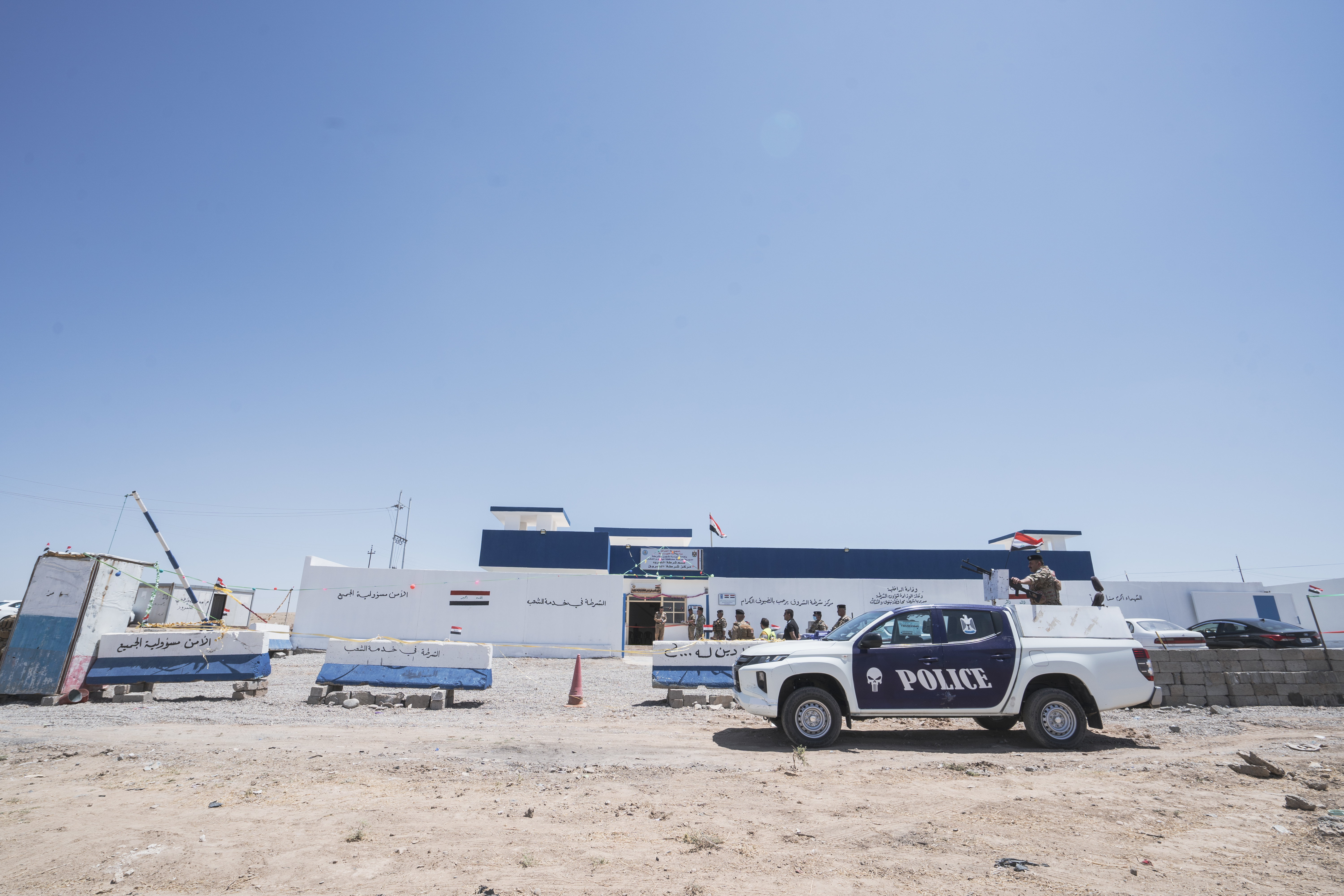 "The reopening of these facilities is an important milestone in the journey to rebuilding Iraq after years of conflict and instability. Ensuring quality and inclusive police services and establishing trust between law enforcement and citizens is one of the foundations of a strong and resilient society. Therefore, UNDP is proud to support initiatives that strengthen the security sector and play a key role in fostering Iraq's long-term stability and development," says UNDP's Resident Representative in Iraq, Zena Ali Ahmad.

"This would not be possible without the support from our longstanding partner, the Netherlands. We look forward to continuing our work together to build a stable and prosperous Iraq," she added.

“It is essential that Iraqi police can take up its role as the first responders for the security of Iraqi citizens. The Netherlands supports the Iraqi authorities in this, through both rebuilding the police stations, as well as investing in the Iraqi police officers. We remain committed to the Iraqi people together with our United Nations partners,” says Rochus J.P. Pronk, Deputy Ambassador, Chargé d'Affaires at the Netherlands Embassy to Iraq.

Since 2015, the Netherlands has contributed over US$ 107 million to the Funding Facility for Stabilization and US$ 8.5 million to security sector reform, making it one of UNDP's largest contributors in Iraq. The funding has focused on supporting infrastructure rehabilitation, restoring local police services, and placing a greater focus on building the ability of the Government for Iraq to better respond to the needs of citizens.

Led by the Government of Iraq, the United Nations Development Programme Iraq (UNDP), and the Global Community Engagement and Resilience Fund, a three-day workshop...

On International Anti-Corruption Day, the UN and EU call for action against corruption in Iraq

The Ministry of Planning of the Kurdistan Regional Government of Iraq, in partnership with the United Nations Development Programme (UNDP) and with funding from t...