The South African 2021 Local Government Elections were a contentious one. Civil unrest, court battles, and the socio-economic fallout of the COVID-19 pandemic all contributed towards the lowest voter turn-out in post-Apartheid South Africa.

For the first time in the country’s democratic era, voter turnout went below the 50% mark, with only 46% of registered voters heading to the polls to exercise their civic duty. Not only did 14 million registered voters fail to show, a further 14 million people eligible to vote did not register at all.

Voter participation is one of the indicators of the health of a democracy, and while it is not the only means to participate in democratic system, it is one of the simplest. When faced with the low 2021 voter numbers, one must ask what this means for the strength of the country’s democratic promise and its processes.

With young people bearing the brunt of current decision-making in the future, their participation in how they want to be governed is crucial for the existence and well-being of democratic political culture. Their participation in the electoral process is key to building a stable and peaceful state with policies that respond to future needs.

Previously, low voter turnout was easily dismissed by political parties and pundits alike as “voter apathy”, however, such a mass stayaway points to a much more complicated mix of political powerlessness, disillusionment, and distrust of formal political mechanisms such as voting.

The Apathetic or the Alienated?

Furthermore, the cry of “apathy” rings hollow. South Africa’s youth-led movements such as #FeesMustFall and #RhodesMustFall provide contrasting views to perceptions that young people are indifferent to the future of their country.

A series of youth dialogue sessions held by Activate Change Drivers, a youth leadership development programme, revealed that youth held little faith in political processes that shape the country. They felt that they are underrepresented or not represented at all by those running for office and their best interest or concerns are disregarded. According to the participants, youth resort to public protests as a preferable way to express their grievances and obtain a response from those in authority. Formal democratic processes such as voting, signing petitions, and attending meetings were generally not seen as effective.

In this regard, it appears that youth are not apathetic, but rather politically alienated. Political alienation refers to one’s enduring sense of estrangement from, or rejection of, the prevailing political system. Politically alienated people feel compelled to act, but are restricted by their sense of insignificance to the system.

An oft-cited strategy to overcome voting resistance is civic education. Civic education is concerned with providing citizens with an understanding of the workings of a political system and their rights and responsibilities within it. This type of instruction empowers people with the information and skills necessary to engage in all aspects of a democratic society, especially aspects such as voting.

Yet knowledge does not necessarily result in action. How then does one ensure that civic understanding evolves to civic participation? Voter education must be about more than how to vote and more about why voting can be a powerful tool for participatory democracies.

Like economically underprivileged segments of a society, youth may be assumed to have few resources to influence policymaking and may further be handicapped by a perception that they are not mature enough to speak for themselves. However, the ballot is a great equalizer. Everyone’s vote counts the same, even if there are vast disparities of resources. By voting, young people have the same ability as others to exercise legitimate political influence or pressure. However, for this message to get across, it needs to be communicated to youth in a manner that resonates with them.

Civic education does not necessarily have to be the sole responsibility of adults. Youth can take the lead in teaching their peers about government and the importance of their participation in a way that best reflects them.

This was the thought that drove the partnership between UNDP and Front Row Studios to develop “Democracy on Stage,” - a play about Democracy and Voter Education to encourage youth to actively participate in elections. The play was developed by youth for youth and considered the issues they face and emphasized their value as full-fledged democratic citizens.

Theatre was chosen as it is uniquely valuable for understanding, criticizing, and even resisting politics. Theatre’s access to a rich range of emotions and discursive styles can counter the flattening and normalizing power of dominant discourses, such as the reduction of low turnout to mere “voter apathy”. It is a well-suited medium for teaching civic attention.

Another value of theatre is that it is not confined to the stage. “Democracy on Stage” was designed as a mobile industrial theatre production that could be performed throughout the country, especially in those rural areas that political campaigns often overlook.

In its first week, the play reached over 1,500 youth in six provinces across the country and, while it was difficult to gauge the impact the play had on the election outcome, it did serve as an important step toward inclusive political participation. 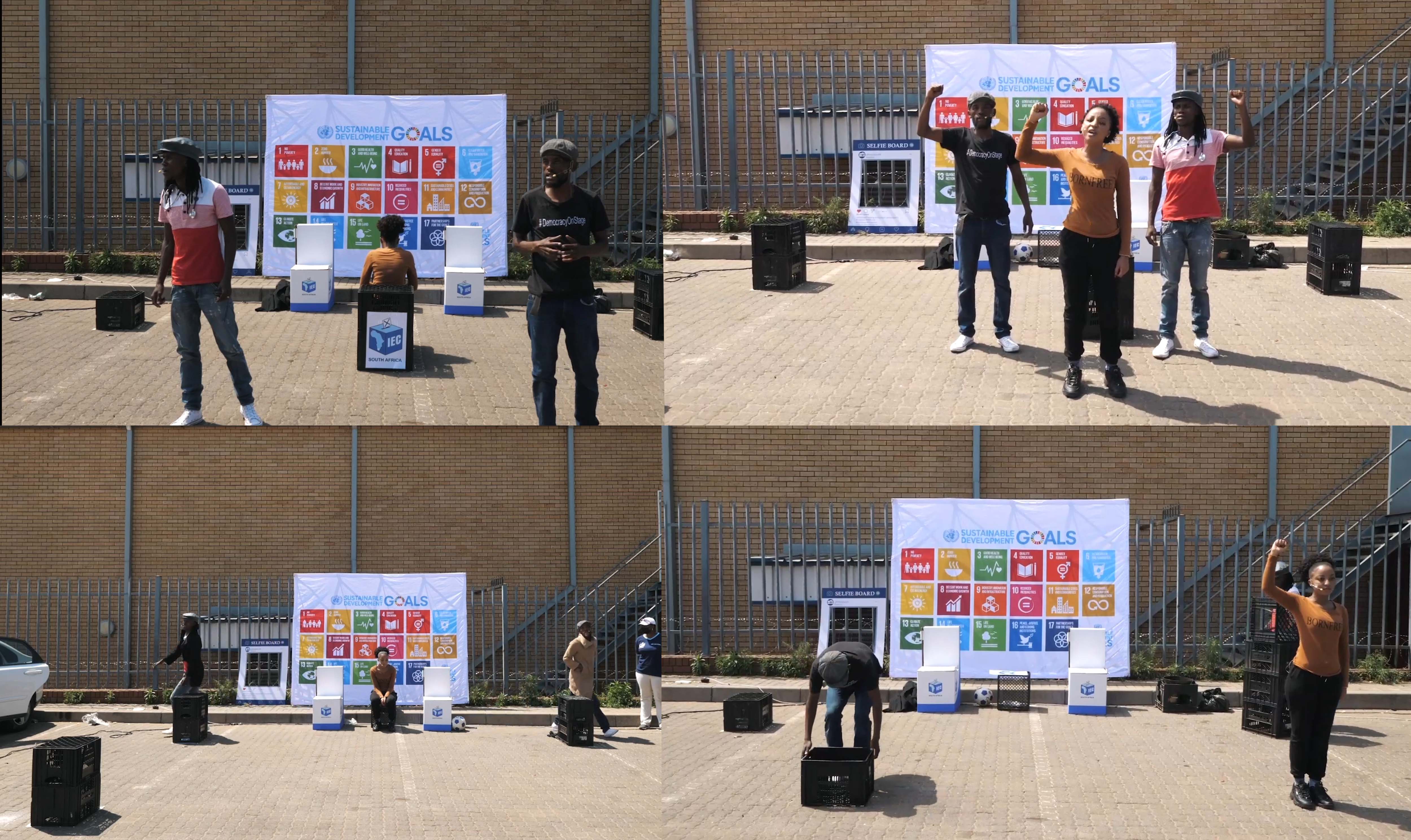 Inclusive participation is not only a fundamental political and democratic right but is also crucial to building stable and peaceful societies and developing policies that respond to the specific needs of younger generations. For young people to be adequately represented in the political space, especially in elections, they must know their rights and be given the necessary knowledge and capacity to participate in a meaningful way at all levels. However, how civic education is communicated is just as important as the information and skills it seeks to convey.

Where possible, youth need to take the lead in civic matters and express their voices in ways that resonate with them. Through “Democracy on Stage”, youth not only engaged with and capacitated their peers, but also recognized their importance as critical political stakeholders and found their way, and cast their vote for the future.

Moving from Access to Accessibility: The Deception of the Digital Divide in Development

Pixbay.comMuch has been made about the digital divide and how it prevents societies from harnessing the full benefits that information and communication technolog...