Although Lao PDR ranks 137 (out of 189 countries) in UNDP Human Development Index (2020), when adjusted for gender equality, the ranking in UNDP Gender Inequality Index (2020) considerably improves to 113 (out of 162 countries). In demographic terms, indicators for women appear to be positive for the country, with life expectancy for women being higher (69.7 years) than for men (66.1 years) and sex ratio at birth being 99.8/100 in favor of women (HDI, 2020). The 2021 Global Gender Gap Report of the World Economic Forum ranked Lao PDR overall at 36 out of 156 countries, second in ASEAN after the Philippines. Lao PDR’s highest score was in economic participation and opportunity, where it ranked first in the world. Its lowest ranking is 112 for educational attainment.

Nevertheless, gender gaps continue to persist in Lao PDR. Although almost equal to men in labour force participation, women’s average monthly income is just 77% of that of men, are overrepresented in low-skill occupations, and spend a disproportionate amount of time on unpaid family and care work. Just 21.9% of Members of Parliament are women and the number is even lower in subnational levels (less than 2% of village heads are women). More than one third of ever-partnered women in Lao PDR reported experiencing one form of violence (physical, sexual, or psychological) in their lifetime (VAW Study, 2014) and less than 2% of women report it to authorities.

UNDP is committed to creating the necessary transformative change for gender equality in Lao PDR through mainstreaming gender throughout our programming and specific project tackling discrimination against women such as the Khan Hom Project. 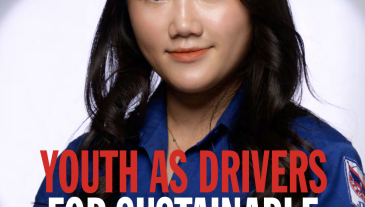 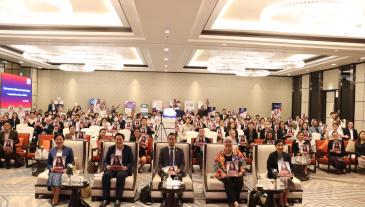 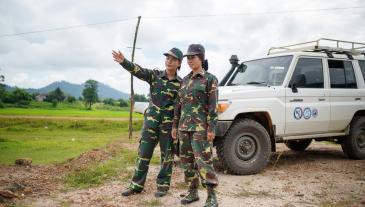 For a fulfilling life for all: Stories of two female UXO operators 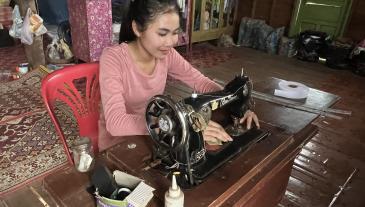 Saeng – A Future Through Tailoring 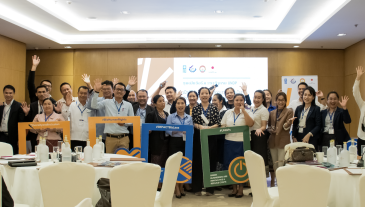 FROM LOCAL TO GLOBAL AMBITIONS