“This is the first time I’ve walked into a police station. The police officers listened to us as Iraqi citizens living in the city they serve. They listened to our demands and basic needs.” - 40 years old, Um Ali from Baghdad.

In an open house initiative, Iraqi police stations opened their doors to citizens, allowing the community members to meet with local police in their areas and discuss various local security-related issues. The initiative, held by the United Nations Development Programme (UNDP)’s Security Sector Reform programme, aims at improving trust between the local police and the district that the police serve.

“As the country moves on the road to stability, the local police has to become more citizen-responsive and service-orientated to address the needs of the men and women in the areas they serve, and this cannot be accomplished without the close collaboration and open dialogue with the community members that are using these critical services,” says Resident Representative of UNDP Iraq, Zena Ali Ahmad. “we are very glad that these dialogues have started and hope that they will continue”. she adds. 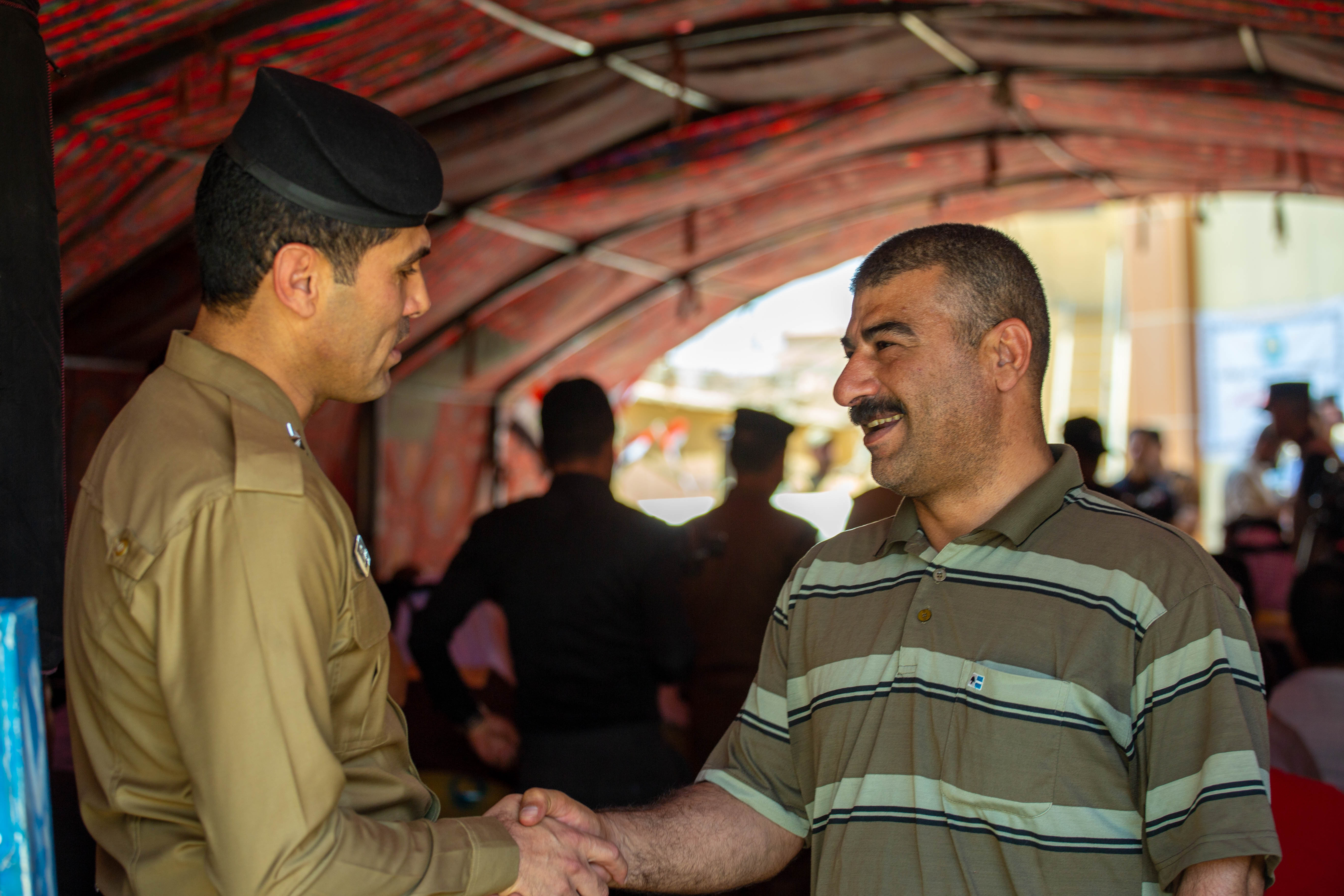 The selected stations in Baghdad, Basra, East-Mosul, West-Mosul, Fallujah, and Ramadi are part of six model police stations that the Iraqi Ministry of Interior, in close collaboration with UNDP, is establishing in Iraq as best practice police officers, from having been a “fighting force” against ISIL to becoming a police service, which meets the security and service needs of the population.

These initiatives are generously funded by the governments of Canada, Germany, and the Netherlands.