This News was published in The Daily Star

Ninety percent garment workers will be brought under the digital wage system by 2021 as part of the government push to build a cashless society.

The Bangladesh Garment Manufacturers and Exporters Association (BGMEA) is gradually bringing the workers under the cashless payment system.

At present, 1.5 million readymade garments workers receive their wages under the digitalised system, while another 2.6 million workers are set to join them.

“We want to go for cashless transaction to pay wages to workers to upgrade them to next level,’’ said Rubana Huq, president of the BGMEA, at the opening panel discussion of Bangladesh Digital Wage Summit at Radisson Blu Dhaka Water Garden yesterday.

At the event, the government and the private sector committed to working together to solve the challenges in ensuring all garment factories pay their workers digitally, according to a press release of the organisers.

The summit discussed issues faced in making cash payments for both the garment employees and manufacturers, and how digital payments are beneficial for both parties, in terms of security, efficiency, empowerment and independence.

When payroll got digitalised, garment factories recorded a 53 percent savings in staff time for their administration and finance teams. Wage digitalisation also improved the likelihood of women to participate in household decisions related to spending and savings by 15 percent, according to the statement.

“However, to realise these positive impacts, it is vital to ensure responsible wage digitalisation, considering the needs of women, who represent the majority of the garment workers in Bangladesh.”

Huq said they would teach the workers about the operation of digital wage system in order to empower them.

“Through digitalising wage, we are pledging to further promote financial benefits, such as cashback, reward points, and merchant discounts to the next level,” she noted.

Huq said everything like overtime payment and leave will also be digitalised. Under the digital wage system, they would be able to take loans from banks.

“We are committed to supporting the readymade sector to leverage new technologies that will improve the lives of garments workers. These efforts will, in turn, accelerate the country’s economic growth.”

In the statement, the minister said there has already been a huge change in the garment sector in terms of payment of salaries. The Bangladesh Bank, in coordination with related industries, has greatly contributed to this change. At this point, it is necessary to raise the financial literacy of the garment workers to implement the payment system. 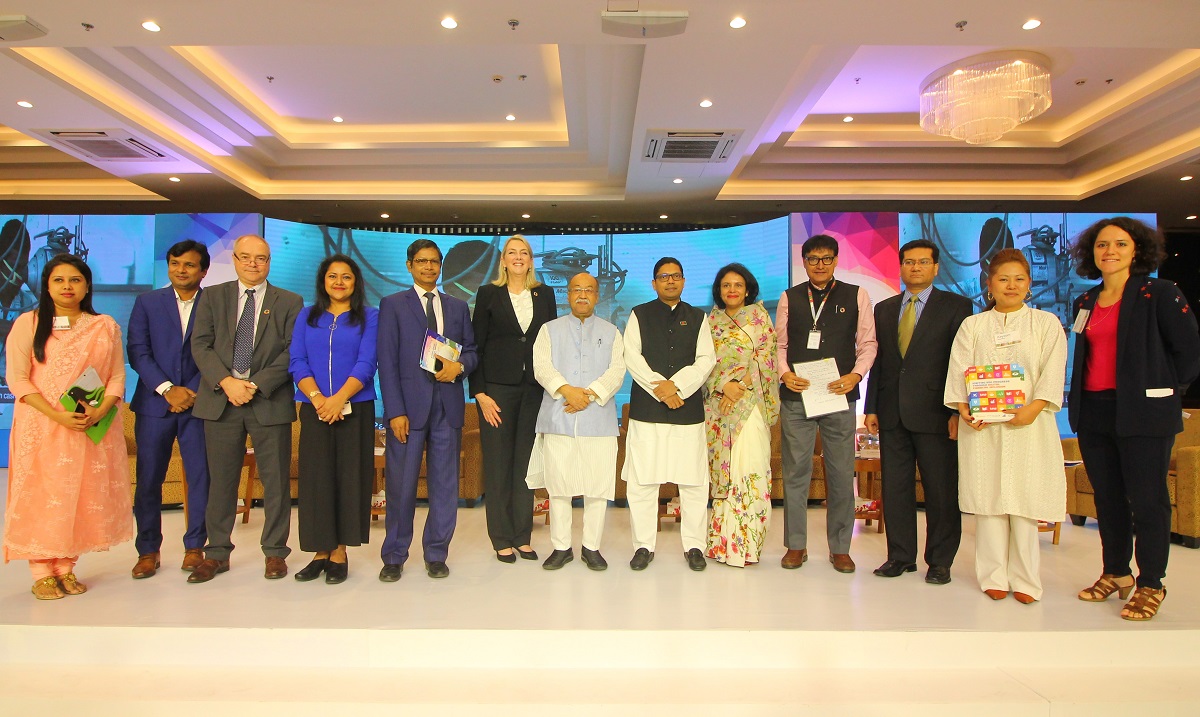 Zunaid Ahmed Palak, state minister for ICT, hopes the government would digitalise all financial transactions by next year. “At least 90 percent transactions should be online.”

“We are dedicating our services to coordinate, support and test innovative solutions to digitalise payroll in order to empower garments workers, particularly women.”

BTCA Managing Director Ruth Goodwin-Groen said, “We are committing to helping bring together the key public and private sector stakeholders who can take wage digitalisation in Bangladesh to the next level.”

Kiran Gokathothi, regional sustainability manager of H&M, said, “We will continue to support industry collaboration for scaling digital wages in Bangladesh. The move from cash to digital payments will help empower the garment workers, especially women, who represent the majority of the workforce.”

Moderated by Anir Chowdhury, policy adviser of the a2i, the event had Sudipto Mukerjee, resident representative of the UNDP, Tuomo Poutiainen, country director of the International Labour Organisation, and Shwapna Bhowmick, country manager for Marks & Spencer, as speakers.

The Business for Social Responsibility and the BGMEA were the co-organisers of the event.

UNDP, Grameenphone and BIDA to create economic opportunities for all

the useful technical and soft skills demanded by Bangladesh-based IT outsourcing firms to supply high-value and high-growth (in terms of revenue) services to the ...

“The Chittagong Hill Tracts, with its natural beauty, has great potentials,” the EU ambassador said while visiting various UNDP Bangladesh initiatives in Khagrach...

Digital Bangladesh to Innovative Bangladesh: The road to 2041

the 2041 vision must take that to the whole-of-society level by forming creative partnerships across the government, private sectors, NGOs, academia, media, and i...

As the country graduates from Least Developed Country, we need to support more ventures which are coming up with innovative and low-carbon solutions for a greener...