AHDR 2016 examines challenges and opportunities facing youth in the Arab region, especially since 2011, and seeks to provide an overview on youth in the region and stimulate a broad dialogue between youth and key stakeholders on the future of development in the region, focusing on the role of youth as critical partners at this very point in time.

The point of departure of the report is the demographic fact that the current youth generation is the largest youth cohort this region has had over the past 50 years, making up 30% of its population of 370 million. The report argues that Arab countries can achieve a great leap forward in development, reinforce stability and secure such gains in a sustainable manner, if they adopt policies that give youth a stake in shaping their societies and put them at the centre—politically, socially and economically.

The AHDR 2016 calls upon Arab countries to invest in their young people and empower them to engage in the development process as an urgent and critical priority in its own right and prerequisite to achieving sustainable development –a call that is particularly timely as Arab countries embark on formulating their plans to meet the goals of the Sustainable Development Agenda 2030. The report also calls for a youth-oriented development model that focuses simultaneously on building young people’s capabilities and expanding opportunities available to them, considering the achievement of peace and security at national and regional levels as a prerequisite for a future fit for youth. 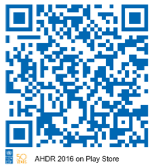 This initiative aims to support the inclusive transformation of systems, by bringing to the fore the issue of power, specifically as considered through the lens...

Japan and UNDP in the Arab States Region: partners for su...

Strong partnerships are essential to the achievement of the Sustainable Development Goals (SDGs) and the overall potential of the Arab States: a dynamic yet tur...

The Young Climate Activists Toolkit in the Middle East a...

The UNICEF Regional Office for the Middle East and North Africa and the UNDP Regional Hub for Arab States, have developed the Young Climate Activists Toolkit wh...