The conflict in Syria has had a disastrous effect on the country’s economy. The country has experienced market collapse, inflation and currency depreciation, looting and destruction. Job shortages and lack of cash are major challenges faced by most of the 6.2 million internally displaced people of Syria, as well as many of the host communities.

Large scale population movements; the widespread destruction and contamination of agriculture related infrastructure and value chains such as markets and bakeries; depletion of productive assets and savings, increasing debt; and limited economic opportunities have all contributed to socio-economic hardship and the disruption of livelihoods. The resilience capacity of people in the most affected communities in Syria has been severely eroded. An estimated 83 percent of Syrians live below the poverty line, and over 50 per cent of the labour force has been pushed into unemployment.

Contributing to Sustainable Development Goals 1, 2, and 8, this priority area aims to reactivate the production process and provide sustainable livelihood resources for the Syrian population. Interventions in this area aim to enhance skills, capacities, and resources in the most affected communities, targeting internally displaced persons, host communities, returnees and crisis-affected areas.

Within the UN Humanitarian Response Plan (HRP), UNDP interventions in this area includes:

With 3 million people living with disabilities (PWDs) in Syria, UNDP has been one of the first responders to PWDs’ needs during the crisis with a strategy designed to mainstream the inclusion of PWDs in early recovery responses of livelihoods stabilization. Interventions in this area includes: 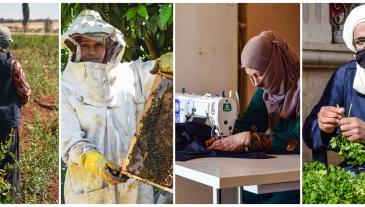 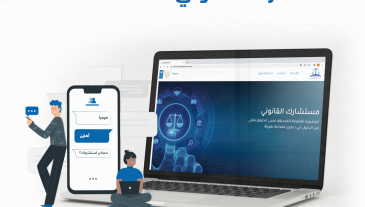 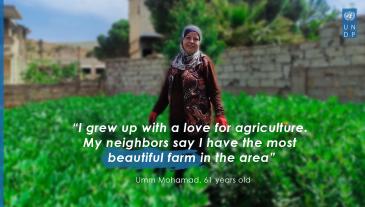 Farming in Harmony with Nature 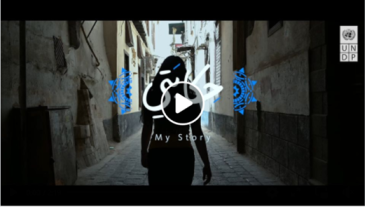 Angie's journey on the road to a brighter future 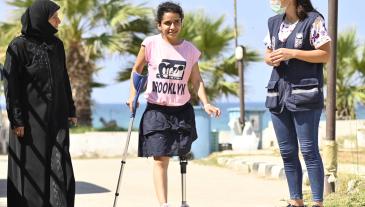