“Bilan”, Somalia’s first all-women media unit, is revolutionising the media landscape, providing women with a safe space to work and the power to choose what they report and how they cover it.

The team reports a mix of hard news and in-depth features, with reports distributed locally on Dalsan and internationally through content partnerships with outlets including the Guardian, the BBC, El Pais and Missing Perspectives.

With its unique perspective and access to women’s lives and opinions, Bilan is breaking new ground not just for women journalists but also for Somali journalism, shining a light on stories that have long been ignored, from domestic violence and women prisoners to pay inequality and child-age mothers.

Bilan is supported by the United Nations Development Programme (UNDP), which provides funding, equipment and a mentoring programme with some of the biggest names in journalism, including the BBC’s Lyce Doucet and Mishal Husain; ITV’s Rageh Omaar; Channel 4’s Lyndsey Hilsum; and Al Jazeera’s Mohammed Adow. 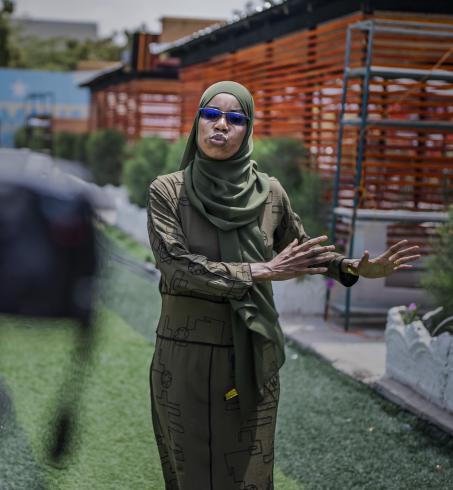 Somalia's first all-women media team is changing the nature of Somali reporting and blazing a trail for women in journalism.

“The Somali media is a hostile environment for female journalists. They are frowned upon by a society that believes a woman’s role is to stay at home, cook and have children,” says Laylo Osman, chair of the Somali Women Journalists Rights Association, in a recent assessment done for UNDP Somalia.

Women journalists are harassed on the street as soon as they take out a camera or try to conduct an interview. Official figures sometimes refuse to talk to them - demanding that a male journalist asks the questions instead. Even inside their own offices, women face harassment from colleagues and are routinely denied training opportunities and promotions. And when a woman does reach a position of authority, she is often ignored while more junior figures get to call the shots.

As a result, women’s careers are stymied and Somali media fall short on covering issues of concern to half the population.

Bilan has created an enabling environment for women to produce great journalism. Their work shines a light on issues that are usually ignored, gives a voice to those who are regularly silenced and helps hold the powerful to account. At the same time, Bilan is normalising the idea of women reporters in Somalia, making it easier for other women to find jobs and success in the media.

Ultimately, we hope the new unit will provide a model of well-researched and informative reporting that journalists across the country will come to respect and will want to emulate, irrespective of their gender.

A game changer for Somali media

What are people saying?

“We received more inquiries about [Bilan Chief Editor] Nasrin’s blog than any other story we’ve run, which shows how strongly journalists feel about this initiative.”

“I was delighted to read such a compelling article from a Bilan journalist published in the Guardian about the current drought. Having this kind of highly skilled female journalists is something we have long dreamed of in Somalia .”

“Bilan Media is a rare opportunity for female journalists in Somalia. Within a short time, they’ve produced significant stories that have been published in international and local media.”

Arab Human Development Report 2022: Expanding Opportunities for an Inclusive and Resilient Recovery in the Post-Covid Era 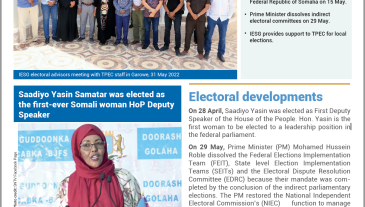 IESG Newsletter April to May 2022

Age is no bar to passing the bar 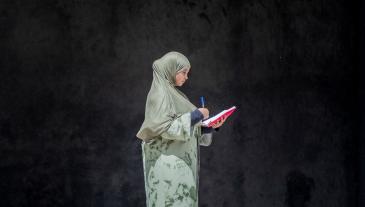