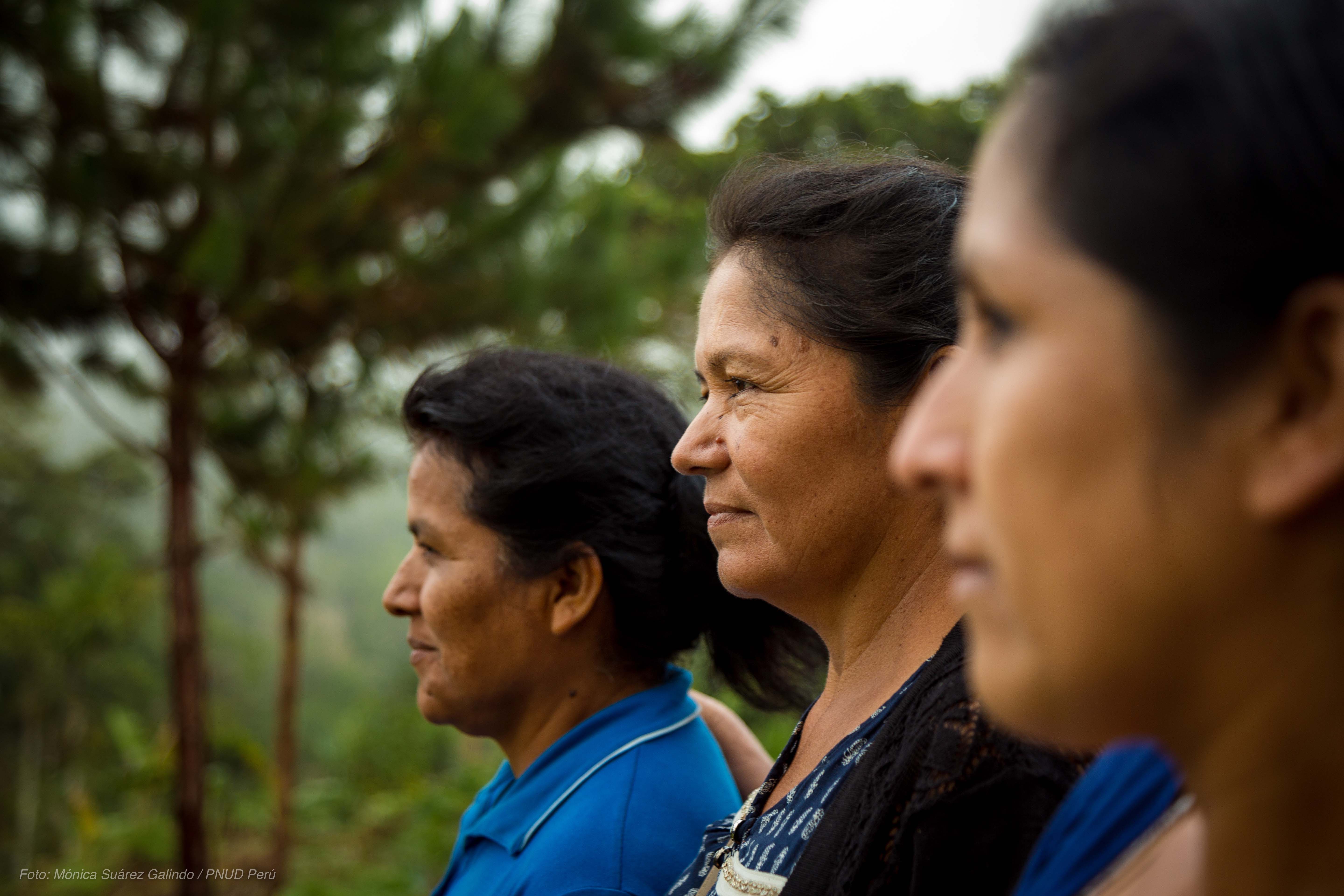 Located on the hillsides where the Amazonian forests meet the Andes mountain range, the Pangoa District is blessed with rain, fertile soil, and a tropical climate seldom below 23 degrees centigrade, ideal for coffee and cocoa cultivation.

Here, Esperanza (or Hope) Dionisio works as first female manager of the Pangoa Cooperative. She fell in love with the area when her parents took her horse riding here at age 12.  “I saw this precious forest and was stunned,” she recalls and she knew then that her future would be forever linked to this place.

Now, Esperanza has been manager of the Pangoa cooperative for more than 20 years. When she first started the cooperative was in profound crisis:  “We owed one million dollars, we had to fix the accounts of the Central Coffee Cooperatives of Peru, and of the cooperative’s hydroelectric system.” Drawing on all of her leadership and managerial skills as well as vision, Esperanza managed to keep the cooperative afloat.  Today, it is a leading exporter with organic and fair-trade certification that employs more than 700 people.  Under her leadership, the cooperative has become a developmental force for the province of Satipo in Junín.

But, the path the success was not easy.  Esperanza, like many women from the Peruvian countryside, she had to overcome many obstacles to forge a place in the world of coffee.  She remembers that when she started working as a technical assistant, the men watched her with wonder and suspicion.  “As a woman, I had to work twice as hard as a man to show that I was capable.”

Concerned about the little value placed on women’s contribution as farmers, workers, and entrepreneurs in the coffee sector, in 1997, Esperanza developed the Women’s Committee of Pangoa Cooperative (CODEMU). She was determined to promote women’s leadership, empowerment and training. Esperanza knew this was crucial in a region where the majority of women are employed in agriculture, and female farmers earn almost 50 per cent less than their male counterparts. Women also account for 75 per cent of the adult illiterate population, and own less than 25 per cent of the land.

“At the beginning, we started by training women in self-esteem,” she explains.  “There was a lot of alcoholism and women were complaining that their husbands mistreated them.  We would tell them:  you have to love yourself first and demand respect.”

From 2000, training in business management, gender equality and leadership were coupled with a microcredit fund for women to improve their coffee production, their homes, and to diversify their incomes.  For many women, participating in these trainings has meant personal growth and development.  “It changed my life,” says Emma Perez, vice-president of the Women’s Committee.  “Before, I was dedicated only to my home and my children, but since I started participating in the training, my worldview has changed, and I started to value myself, to develop as a person,” she explains. “Now I have my own business.”

CODEMU’s work has enabled women members of the cooperative to achieve empowerment and access decision-making spaces previously denied them.  Now, they are leaders and occupy positions in different areas of the cooperative governing body. “Gone are the times when women were not valued. Today, thanks to training, women also play a role within the cooperative,” says Juan Manuel Aquize, Cooperative President.

In 2016, England’s Taylors of Harrogate, a toasting company that buys coffee from the cooperative learnt about Esperanza’s work to empower women. They decided to create a limited coffee edition produced by women in her name. Sales profits were ploughed directly back into CODEMU’s activities.  “It is a great honour to have been on this label, but above all is the acknowledgement of the women farmers,” says Esperanza.

Inspired by this, the cooperative has now developed a coffee brand produced by indigenous women, called Warrior in honour of their efforts to cultivate an environmentally sustainable coffee.

Esperanza not only promotes women’s empowerment, but also organic coffee production in harmony with the forest.  She has witnessed how, in the last few decades, vast areas have been deforested to introduce crops such as pineapple or ginger. “All these areas have originally been forests, that’s life, the natural cycle, we have to learn to produce under the forest, research possible compatible crops, not just introduce crops for money,” she explains.

Since 2000, the cooperative has promoted the sustainable production of coffee, as well as a reforestation program planting timber trees associated with this crop. Besides contributing to the conservation of the ecosystems and mitigating the effects of climate change, in the medium-term, this will mean an additional source of income for the coffee growers.

As a partner in the National Coffee Board, the Pangoa Cooperative has also been helping to develop a National Action Plan to improve coffee’s competiveness and sustainability. This is an initiative promoted by the United Nations Development Programme in Peru, through the Green Commodities Program, and financed by the Swiss Corporation (SECO). It supports the Ministry of Agriculture and Irrigation and the National Coffee Council to lead the development of the Action Plan, with the active participation of stakeholders from across the supply chain.

For Esperanza, one pending issue is the need to define a governance model and an institutional framework to guide the sector.  For her, the Plan will fulfil an important role in the definition of a joint vision – one that benefits and promotes the participation of all actors along the supply chain, including women.