The Cooperative Market Development Programme (CMDP) is a joint initiative of Ministry of Land Management, Cooperatives and Poverty Alleviation (MoLMCPA), Government of Nepal and United Nations Development Program.The project aims to increase quality, quantity and consistency of the supply of fruit and vegetable production in selected districts through infrastructure development, training and support on farming techniques, marketing and institutional capacity building.

The project follows a different modality in comparison to UNDP’s other projects in Nepal. This project is funded by Nepali tax payers’ money, whereas more than 80% of UNDP funds are funded by other large donors. The more Nepal transitions into a middle-income country, projects such as these will be valuable as government will want to invest their money into development of the country which will also ensure sustainability as the GoN has a direct stake. Approximately 14,400 households of 72 fruits and vegetables cooperatives will be linked to this cooperative market chain and will directly benefit from this project. The project contributes directly to SDG1(poverty) and SDG2 (hunger, nutrition).

Although the demands for fruits and vegetables is increasing in Kathmandu, there is a huge difference between vegetable farm gate price and the retailer price due to the presence of various layers of market players and middlemen in the supply chain. These middlemen earn exorbitant margins at every stage of the distribution chain, leaving very little for the smallholder farmers and the final consumers end up paying hefty prices for the produce.This project aims to establish and operationalize cooperative market chain of vegetables and fruits to increase farmers’ income and other livelihood opportunities, which in turn will contribute to the poverty reduction in Nepal.

What have we accomplished so far? 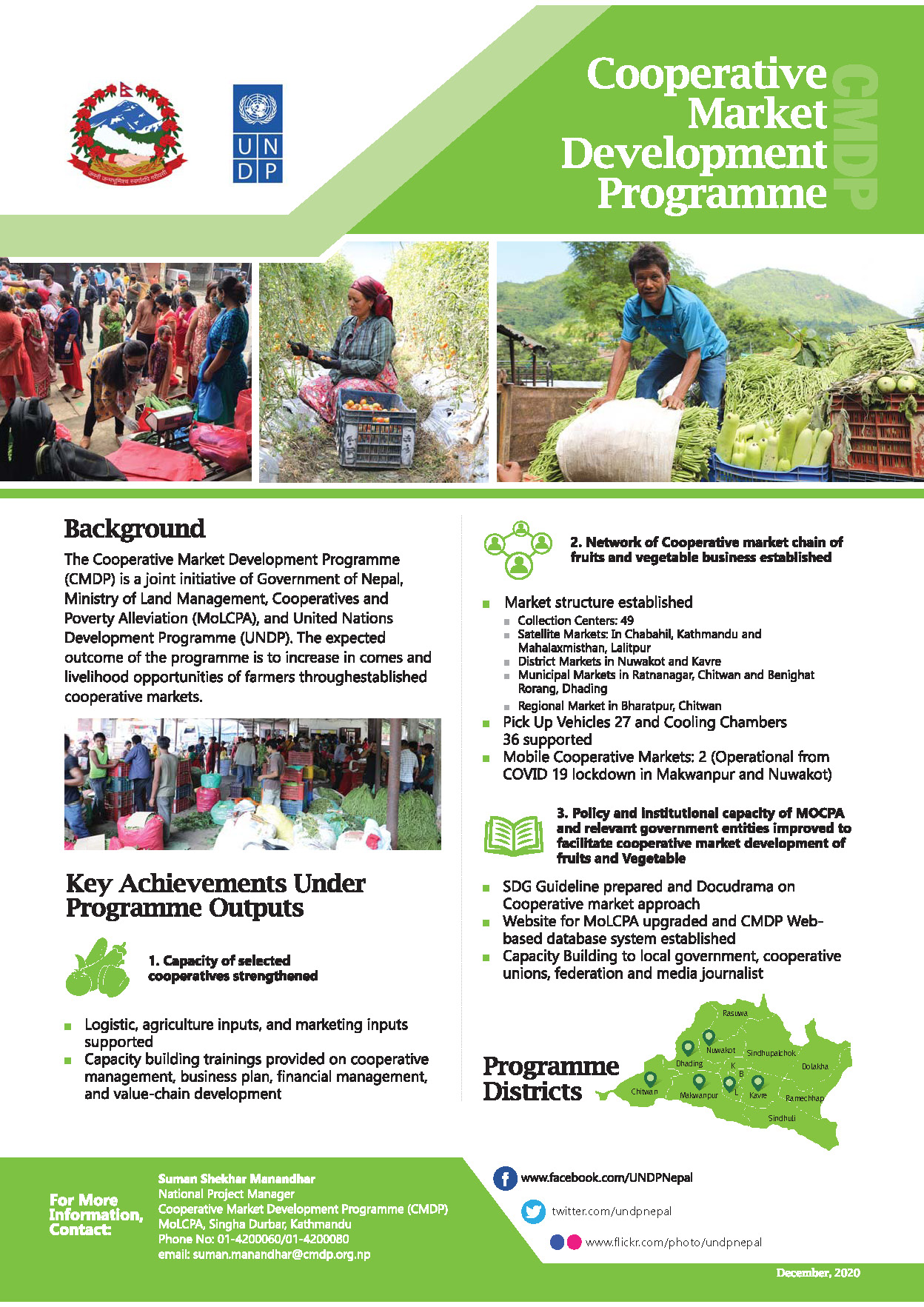 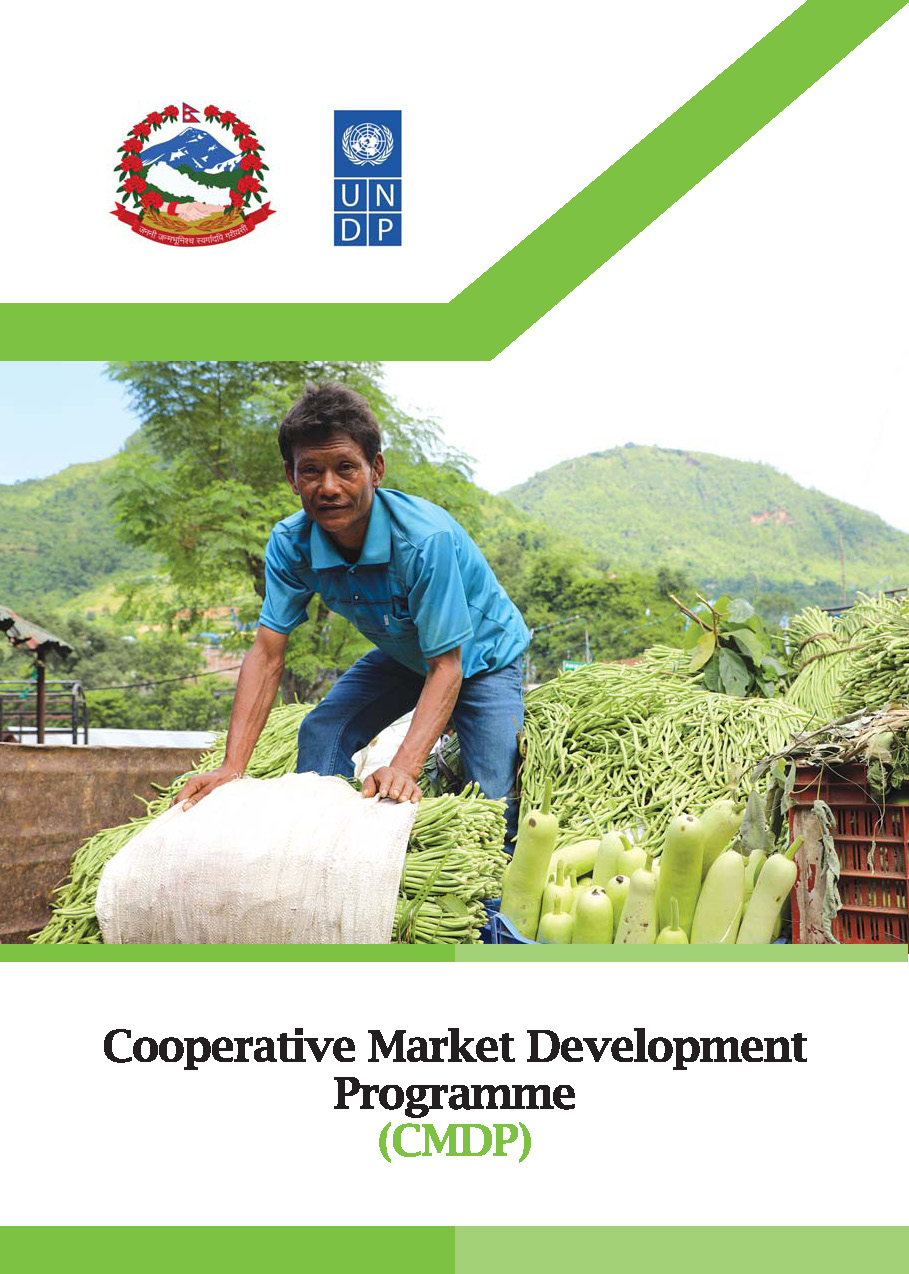 The ripple effects of the war in Ukraine have disrupted energy and food markets. Among many other factors, supply chain disruptions and price spikes in key commod...

A jury committee, formed with the Film Director Guild of Nepal (FDGN), Enhancing Access to Justice through Institutional Reform (A2J), Ministry of Law, Justice, a...

This MPI Report 2021 is based on the Nepal Mul- tiple Indicator Cluster Survey Report (NMICS) 2019. The MPI covers a subset of priorities ar- ticulated in the cur...

The Ministry of Industry, Commerce and Supplies (MoICS), Government of Nepal (GoN), UNDP and DFAT/Australian Government jointly agreed to support the Technical As...