Children from sports schools and boarding schools from both banks of Nistru took part in Christmas marathon, supported by European Union

About 100 children from sports schools and boarding schools from both banks of Nistru competed and received gifts in Christmas Marathon that took place in Chisinau on Sunday, 22 December.

European Union helped them, through a project it finances, to get to the race in the Great National Assembly Square to have fun and support a healthy life-style.

"Sport unites and makes everybody equal. There are no races, religions, politics here and it doesn’t matter where you are from. In this context, I’d like to emphasize our strategic partnership with the European Union. Together with UNDP Moldova it develops the Confidence Building Measures Programme, which involves people from both banks of Nistru in joint activities to improve the quality of life throughout the whole country."

Hundreds of people of all ages took part in the three-kilometer marathon. The runners came to start wearing at least one piece of Christmas clothing to support holiday atmosphere.

The organizers took care of this mood as well by giving out gifts during the race.

At the end of the event, there was a competition for the most impressive outfit.

A part of the funds raised during the marathon will be donated to the family of a boy from Ungheni district, who suffers from cerebral paralysis.

Christmas Marathon, at its seventh edition already, has been organized by Sporter.MD.  The thematic sports platform of the EU Programme "Confidence Building Measures", implemented by UNDP, was also among those who supported the event. 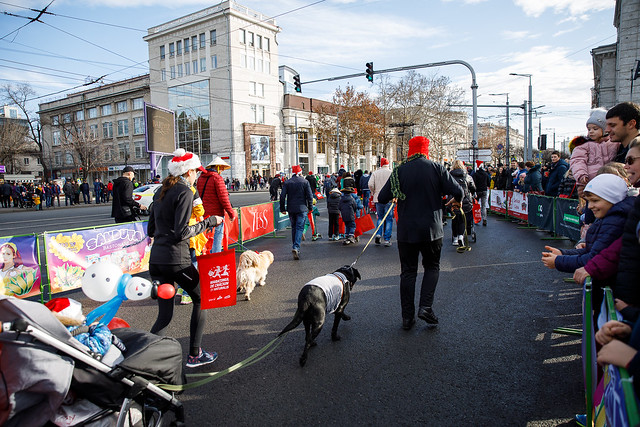