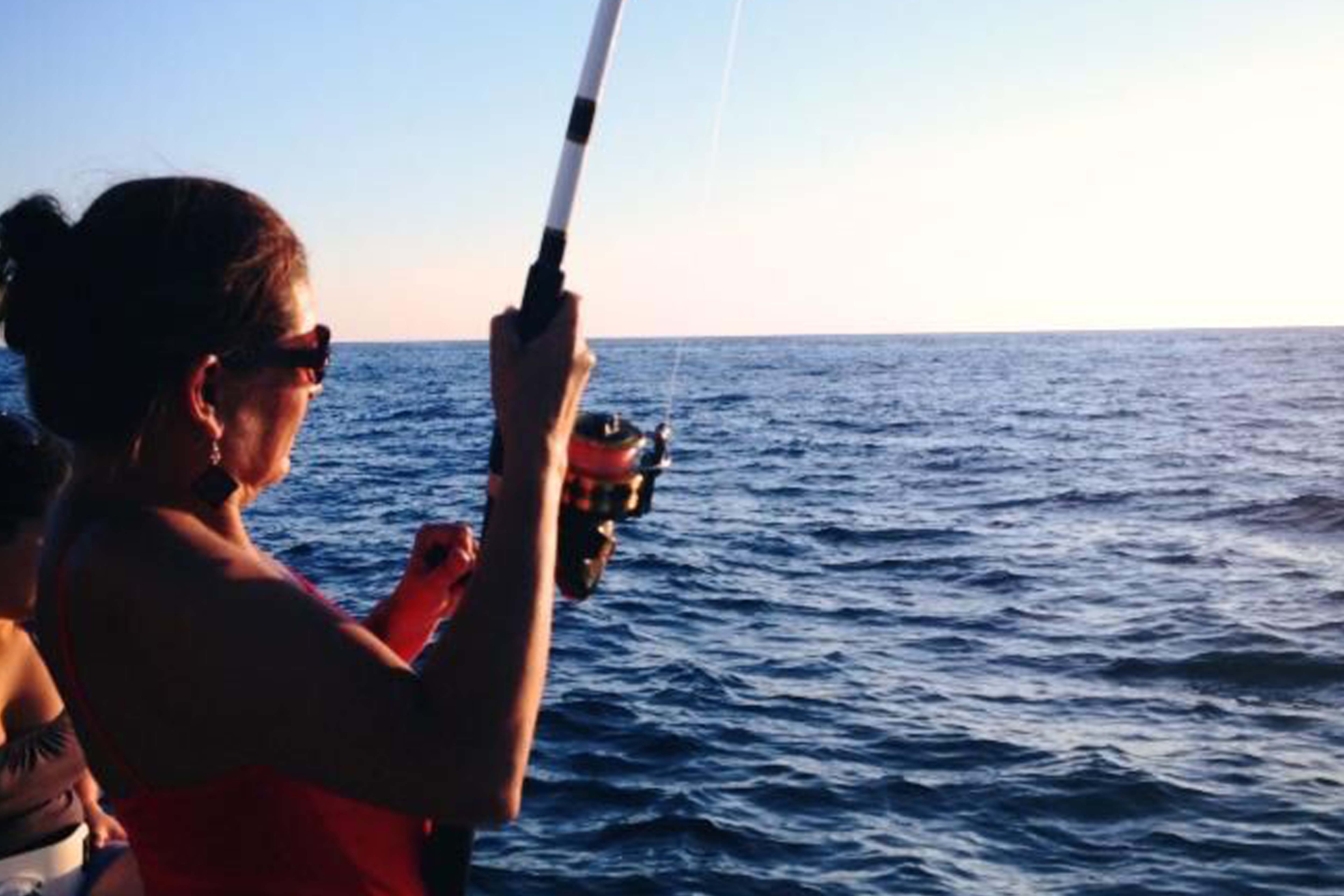 In Costa Rica, where fishing tourism and sport fishing generate over 60,000 direct and indirect jobs, one lively and empowered female figure stands out. With more than 28 years of experience in fishing tourism, Jeannette Pérez is truly a woman of the sea, and one of the female faces leading the fight to assure conditions for sustainability in this Central American country.

Her bond with the world of fishing began in 1989, when she started work with a tourism company involved in sport fishing. When that company folded a friend suggested she start one of her own. Now a mother of two and the sole breadwinner, she started from scratch:  “I got the money to buy my first boat for fishing tourism, which I baptized Sea Lady.”

Today, Jeannette Pérez is a brave fisherwoman, innovative businesswoman and one of the few women in the country who derives her livelihood directly from fishing. She is also a mother and grandmother who admits she feels safer navigating a fishing vessel than aboard a plane. She is also enthusiastic about taking a leading role in the defense of fishery resources, especially those that attract tourists from around the globe to practice sport fishing in Costa Rican waters.

Here, fishing tourism and sport fishing are service industries that generates around 331 million dollars a year and more than 60,000 direct and indirect jobs. Jeannette’s company contributes to this important national income. But, like other fishery sectors, recent years have seen a decline in populations of the large pelagics, like marlin and sailfish, which have mostly sustained the industry up until now.

“We’re seeing other countries offering tourists more advantages and governments that have taken measures to protect resources of interest in fishing tourism and this has made Costa Rica less competitive,” explains Ms. Pérez.

For the past year, Jeannette has actively participated in the Platform for Sustainable Large Pelagics Fisheries facilitated by UNDP. This forum involves stakeholders from across the industry and is pursuing ways to improve the environmental, economic and social impact of fishing tuna, mahi mahi, swordfish and other species. She also has the honor of being the first woman in the country named to the Board of the Costa Rican Fishing and Aquaculture Institute (INCOPESCA, for its name in Spanish).

Jeannette Pérez is convinced that the National Platform for Sustainable Large Pelagics Fisheries is the forum Costa Rica needs so that all of the fishing sectors can collaborate on ways of overcoming the current crisis.

“We’re stuck and we need to move forward, and this could be the right road, “she explains.

The Platform is led by the Ministry of Agriculture and Livestock as the entity governing the fishery sector, along with INCOPESCA, the Ministry of Environment and Energy, enabled by the United Nations Development Program with financial support from the Global Environment Fund, but more important, driven by their participants.

Based on the latest evidence, the Conscious Food Systems Alliance (CoFSA) Action Report presents the rationale for the cultivation of inner capacities as a crucia...