The former captain and all-time top scorer of the Côte d'Ivoire national football team, who was voted best all-time Chelsea Football Club player by Chelsea fans, has another title to his repertoire. Didier Drogba became UNDP Goodwill Ambassador on 24 January 2007 to help raise awareness of development challenges in Africa and around the world.

“UNDP works around the world making a positive difference in people’s lives, and I am proud to add my personal commitment to its work,” said Drogba at the time of his appointment. Over the years, Drogba has helped shine a spotlight on critical issues facing our people and planet and continues to generate support for the Sustainable Development Goals, also known as the Global Goals, agreed by world leaders to eradicate poverty and end climate change.

He continues to lend his support to UNDP's efforts to promote and implement the Global Goals and plays an active role in his country’s reconstruction process.

Check out some of the athlete's compelling video messages in the video section below.

In his role as Goodwill Ambassador, Didier focuses on poverty reduction, health and education. 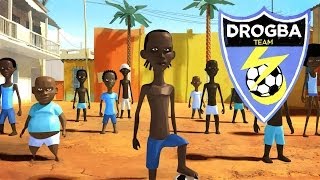 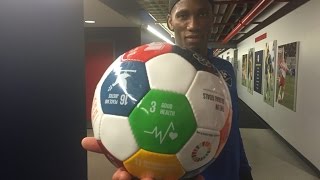