Gender-based violence, which occurs in every country, territory and region of the world, is a violation of basic rights that also prevents women from exercising their other social, economic and political rights. Globally, 35 percent of women have experienced physical and/or sexual violence. However, gender-based violence is neither inevitable nor acceptable.

Egyptian women participate in an innovation camp to share ideas on how to report violence against women. The camp was supported by UNDP, The National Council for Women, and Vodafone Egypt.
UNDP partners with the Government of South Sudan, the Global Fund and the International Organization for Migration to address gender-based violence as part of mental health and psychosocial support programmes, for women displaced by the conflict.
UNDP, working in partnership with UN Women, UNFPA and others, provides an integrated response to violence against women and girls including prevention, protection, prosecution, policy change and setting up new partnerships.

UNDP works with national partners on legal and policy frameworks to combat gender-based violence and supports national capacities to prevent violence and end impunity for perpetrators, ensure access to justice and protection of women and girls and to provide survivors with multi-sectoral support and services. Partners in this work include the executive, legislative and judicial branches of government, the security sector, public prosecutors, women’s groups, civil society organizations and movements, the private sector and traditional, community and religious leaders. In addition, UNDP also supports violence prevention initiatives and awareness-raising and behavior change campaigns, including through community-based conversations, meaningful engagement with men and boys and working with the private sector and public institutions.

As part of these efforts, UNDP works closely with UN Women, UNFPA and UNICEF. For example, UNDP is a key partner in the European Union-United Nations Spotlight Initiative to Eliminate Violence Against Women and has launched the Ending Gender-based Violence and Achieving the Sustainable Development Goals (2018-2020) global project. 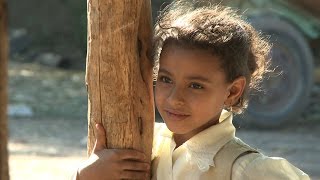