Time to end the neglect 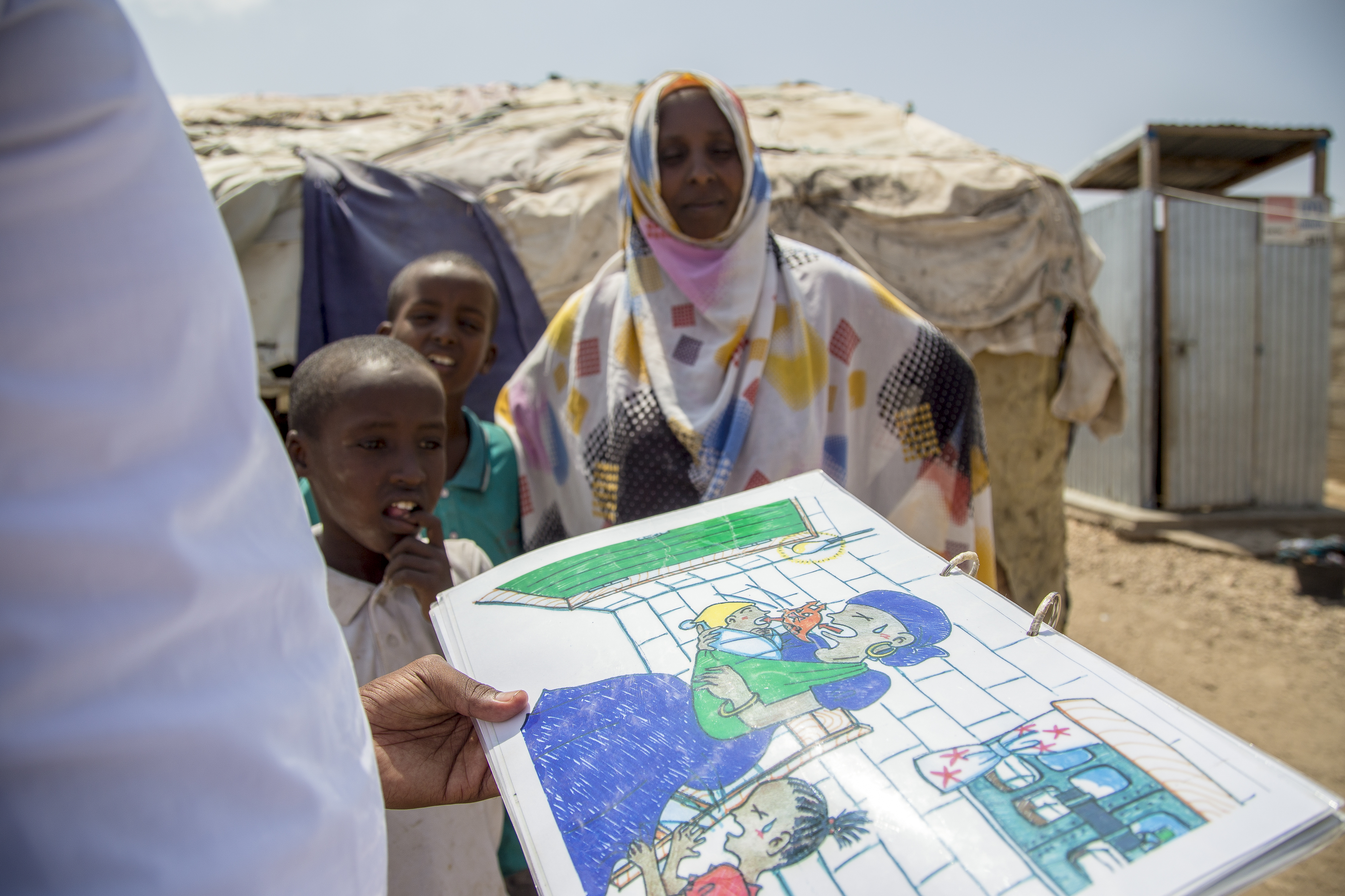 A community health worker gives instruction on how to prevent tuberculosis and other diseases at a refugee camp in Djibouti. TB disproportionately affects marginalized groups such as ethnic minorities and the displaced. Photo: Aurélia Rusek/UNDP Djibouti

Despite the fact that tuberculosis, a disease that has been around since ancient times, is   preventable and curable, it surpassed HIV as the leading cause of death from infectious disease in 2015. More than 2.4 billion people, one third of the world’s population, are infected with TB. In 2016, 10.4 million people fell ill with TB, and 1.7 million died from the disease including 400,000 people living with HIV.

Poverty, considered to be one of the barometers of health inequity, is associated with an increased risk of TB infection, with 95 percent of TB deaths occurring in lower and middle-income countries in 2016. Moreover, TB disproportionately affects those who are left behind such as ethnic minority groups, refugees and those affected by social risk factors including homelessness, alcohol and drug misuse or imprisonment.

This year’s theme for World TB Day – “Wanted: Leaders for a TB-free world” – focuses on building commitment to end TB by leaders from all sectors and all walks of life. Ending TB is not just an issue for the health sector. One of the major gaps in the TB response is that it has been too biomedical in focus. Progress in TB control requires action on addressing the socio-economic determinants of the disease.

For instance, the United Kingdom was successful in preventing and controlling the disease by introducing social and economic development policies and interventions to support TB control, including through improving overcrowded housing and establishing social protection programmes to enhance people’s nutritional and economic status. However, the disease was never eradicated, and beginning in the 1980s, there was a two-decade-long rise in TB cases. Though there has been a decline in new cases since 2012, sustained TB control efforts are needed to reach the goal of the elimination of TB as a public health problem.

The success of countries in driving down TB rates and illness depends on scaling up effective multi-sectoral responses, underpinned by programmes that promote human rights and equity, driven by partnerships with civil society and communities. Addressing the socio-economic determinants of TB requires a rights-based approach that reduces stigma and discrimination and removes punitive laws, policies and practices.

The Kenya Legal and Ethical Issues Network on HIV and AIDS (KELIN) recently conducted the first legal environment assessment for TB, using a tool developed by the Stop TB Partnership and UNDP. Key among the recommendations of the assessment report was to review Kenya’s Public Health Act to remove provisions that have been used to incarcerate TB patients who had challenges adhering to TB medication and ensure that the human rights of persons with TB are not violated.

Without a rights-based approach to addressing the socio-economic determinants of TB, we will not end TB. The upcoming UN General Assembly high-level meeting on TB presents an opportunity to accelerate progress to end TB once and for all. Without urgently scaling up multi-sectoral TB responses, especially in high burden countries, TB will cost the world economy US$1 trillion by 2030 and the SDG target of ending the TB epidemic by 2030 will be missed by 150 years. Let’s join forces to demonstrate the leadership needed to finally relegate this ancient disease to history.

About the author
Mandeep Dhaliwal is the Director of the HIV, Health and Development Group in the Bureau of Policy and Programme Support at UNDP. Follow her on Twitter: @Mandeep_Dh

This article was originally published by UHC Coalition.