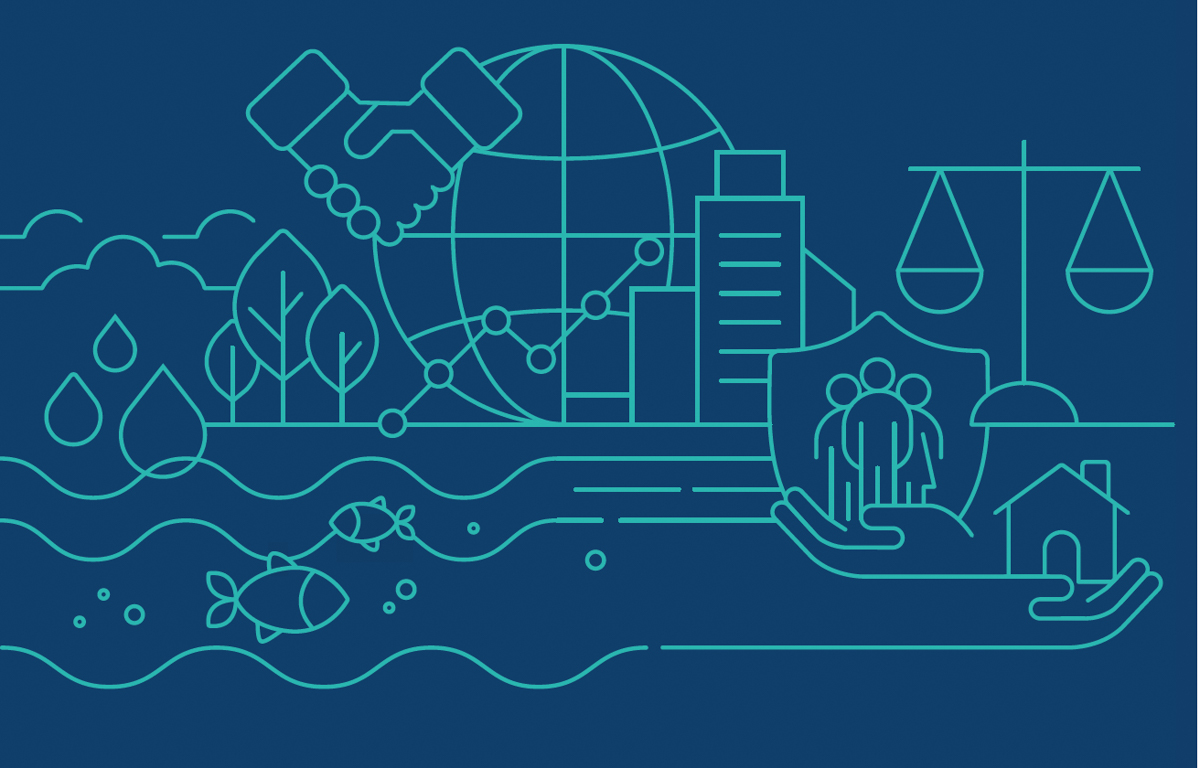 The first time I heard about Business and Human Rights I was in a popular restaurant on the main avenue of Maputo, Mozambique. I had just returned from a short and disappointing field mission.

While meeting rural communities in the Sofala Region, we were received by the Regulo, the local word for a traditional leader. He had requested an audience to discuss recent events affecting his village.

A few months earlier, this community of around 30 families that had been living for generations on the coast, had been relocated inland to free up space for a new commercial seaport. A company in the extractive sector that would have benefited from the new infrastructure had arranged to compensate them with new housing units located two days of dusty bicycle rides away from their former settlement. The new houses were much more comfortable than those they were asked to leave, and had come, very conveniently, with a plot of arable land for each family and a well.

Unfortunately, those who had organized the relocation had not consulted the villagers, and had missed a crucial bit of information; those moved inland were very skilled at fishing; they had been making a decent living for generations catching and selling the famous Mozambican tiger-prawns, and they had no idea of how to cultivate land.

I don’t remember if I was eating tiger-prawns in that Maputo Restaurant while debriefing with the Director for Human Rights at the Ministry of Justice, but I do remember him telling me about the UN Guiding Principles on Business and Human Rights (UNGPs). They had been adopted by the Human Rights Council one year earlier and OHCHR had recently offered to organize a seminar in Maputo on what has now become the internationally-accepted framework for standards and practices with regard to business and human rights.

A few months later, Lene Wedland, a member of the team that had drafted the UNGPs, “protect, respect and remedy” framework delivered a passionate presentation to us in Maputo. Thereafter, Mozambique became the first country in Africa which started working, with UNDP support, on a National Action Plan on Business and Human Rights.

One year later, I brought that experience with me to Bangkok when I was appointed Regional Human Rights Specialist for Asia Pacific.

In this region, exceptional levels of economic growth have in the last decades lifted millions out of poverty. But these gains have also come with costs. Some business operations in Asia have been closely associated with ongoing land grabs, forced labour, child labour and displacement of indigenous communities—causing some to question the sustainability of Asia’s economic trajectory.

In 2016, UNDP launched B+HR Asia, a regional programme on the UNGPs supported by the Government of Sweden and more recently by the EU. After a strong investment in awareness raising and advocacy, UNDP is now working on Business and Human Rights in 11 countries in Asia. Through our Regional Office in Bangkok and our country offices, we have been supporting National Action Plans (NAPs) on Business and Human Rights.

In the last four years we have also made stakeholders engagement and empowerment of civil society a priority, including by providing grants to organizations that support human rights defenders.

We invested in National Human Rights Institutions and strengthened their ability to respond to claims of Human Rights abuses from companies that they are receiving in increasing numbers.

Perhaps the most important milestone in Asia was the adoption in November 2019, by the Government of Thailand, of the first NAP on Business and Human Rights in the continent.

Thailand set very ambitious objectives in its NAP and raised expectations that will require hard work and continued political will to fulfill. UNDP has just launched a new programmatic initiative to monitor the implementation of this policy document and verify that commitments are translated into actual positive impact on the rightsholders.

The adoption of the first NAP in Asia encouraged many other governments in the region to engage in similar efforts. Ministries in India, Pakistan, Indonesia, Malaysia and Mongolia are working with the help of our country offices on their own policy frameworks on the UNGPs to be launched in the next 12 months.

While it is heartening to look back at what has been achieved in Asia, there is also a strong sense that the road ahead is still very long and steep. The number of Human Rights Defenders subject to strategic litigation against public participation are increasing, while due to COVID-19 migrant workers and others, are subject to higher levels of exploitation. Across all continents, women face discrimination and sexual harassment in the workplace.

Encouraged by the initial progress, it is now time to support those countries and companies that have made courageous policy commitments in putting standards into practice.

While EU member states and most recently countries in parts of Asia-Pacific and Latin America have shown increased willingness to embrace the UNGPs, it is time to leave no region behind in demanding responsible business practices. A baseline study conducted by UNDP in January 2020 confirmed a pressing need to engage with African governments and companies. The pandemic has highlighted more than ever the urgency to focus on the grievances of migrant workers in the Middle East.

A year of reflection

The UNGPs will turn 10 next year, and UNDP is engaging, with the UN Working Group on Business and Human  Rights, the custodian of the UNGPs, in one year of reflection to look at the future of Business and Human Rights. We accepted the challenge to help designing a roadmap for the next decade.

It will be critical to inform this way forward through regional consultations with stakeholders across the globe. UNDP will not spare resources and leverage on business and human rights expert capacities that, already very robust in HQ and in Asia, are now being built also in our regional offices in Panama, Addis, Istanbul, and Amman.

One thing is clear, the initiative of the roadmap for the new decade of Business and Human Rights will be a very sterile exercise if we won’t succeed in bringing in the stakeholders to co-create it with us: the governments, the business sector and, perhaps most importantly, the rightsholders across all regions.

Given current movement restrictions, I don’t know how deep we’ll be able to go in our consultation outreach over the next 12 months, but if  there is a chance to bring the discussion to Mozambique, I know one affected community we should consult with first.