For 40-year-old Moslem Miah, the speed with which his power connection crisis was resolved after a public hearing seemed like the work of Aladdin's genie. 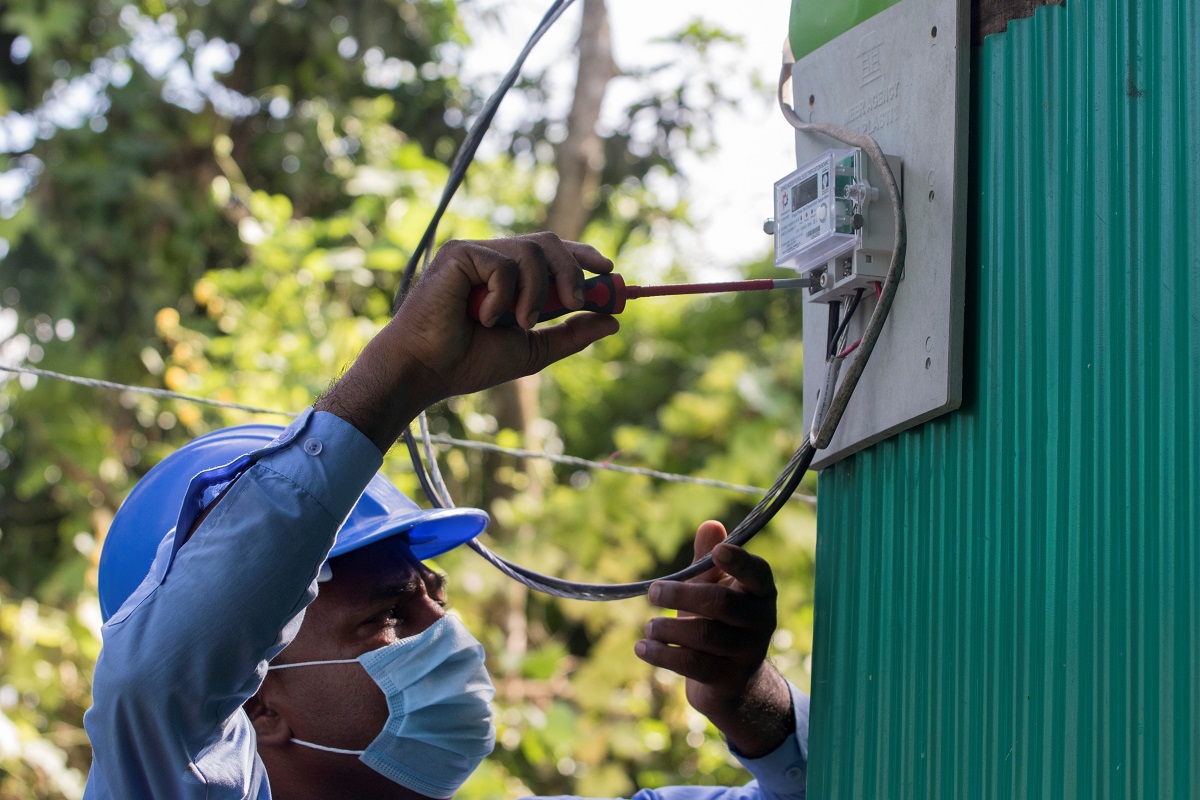 "They solved the problem in just half a day. I was toiling with it for over three months, ever since I built the house," Miah, a resident of Palakhal Model Union of Chandpur's Kachua Upazila, said.

A poor farmer, he continued to say how he was a skeptic about the public hearing and that he had sent his wife, Hazera Begum, to the event organized jointly by UNDP's Efficient and Accountable Local Governance (EALG) project and the Union Parishad on September 8, 2021.

Hazera had pointed the issue out to Rural Electrification Board's local wiring inspector Muslem Uddin during the hearing organized by the UP-chairman Imam Hossain.

"It has been three months since my husband built the tiny house, but we still did not get a power connection, "she had ranted. "Our children live in the darkness, and they can't study after evening. How long will we suffer like this?"

The 30-year-old mother of two continued to detail how the poor people were harassed by local brokers and charged extortive prices when they tried to avail themselves services of the Pallibidyut Samity.

Muslem Uddin, who was present at the hearing, promised to address the matter immediately. He visited Moslem Miah's residence along with the UP-chairman Imam Hossain the very next day and verified whether the necessary paperwork was ready. He also ensured that the poor farmer family only had to deposit the government charges of Tk 650 (US$ 8).

And by 3 pm, the house was connected to the local power grid.

Moslem Miah, who was standing right beside her with a smiling face, said, "the public hearings are like Aladdin's magic lamp for us poor people. It makes the impossible possible."

UNDP's EALG project has been working closely with the local government to organise the public hearing sessions. The objective is to openly discuss the services of the Union Parishad and line departments with local people. It serves to clarify the needs, demands, and grievances of the people.

The people make their complaints publicly, and the concerned officials get a chance to explain their position and try to fix the problem.

Capacities of the local government institutions (LGIs) of Bangladesh, their accountability and transparency have increased to achieve the Sustainable Development ...

Under this partnership, UNDP and NSU organized a three-day long hackathon titled “Digital Khichuri Challenge for Pathway to Peaceful Societies: Catalyzing Youth a...

UNDP's Partnerships for a Tolerant, Inclusive Bangladesh project works to promote peace and tolerance by preventing violence, hate speech and extremism in Banglad...

Village Courts to scale up to ensure justice for all

Bangladesh has made an investment that is benefitting the people of the rural communities, particularly women and helping the country in achieving SDGs. The futur...